The state’s treachery doesn’t end with debasing your dollars.

In fact, it just starts there.

I frequently tell you how terrible it is that our government debases our currency – while simultaneously making it nigh-illegal to conduct commerce in any other competing currency (such as gold or silver.)

But the real evil of currency debasement doesn’t just end in a poorer middle class, or in higher prices for everything, or in political corruption of nearly every facet of the economy.

No, the worst wage of funny money policy is the wars it makes possible.

And moreover, the wars themselves become tools to increase the reach of government power over its citizenry.

What else but war could have convinced the citizens of this country to abandon the many and sundry freedoms we lost following 9/11?

What else but a war on drugs could make it feasible to send guns to the very Mexican drug cartels we hope to dismantle through our warfare?

And then… to use the number of guns in Mexico as a legitimate reason for gun control here in the U.S.?

What but a “War on Terror” would have all of us lined up in airports now subjecting ourselves to treatment previously reserved for prisoners?

At this point it’s more of a chicken and egg conundrum.

Is it war that requires easy-money policy?  We certainly can’t pay for all of these tanks and planes and bombs and guns with honesty currency.

Or is it easy-money policy that requires war to galvanize citizens to tighten belts and cede freedoms for the “greater good” of the country? 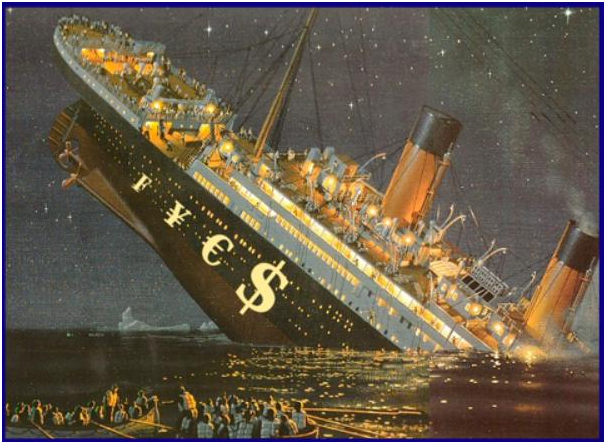 Or is it more likely that both easy-money policy and war ratchet up government control?

In any event, you must be aware that since the end of the gold era in the history of the U.S., we’ve been subjected to an endless parade of war – and that in order to pay for these wars, we’ve seen the U.S. dollar disintegrate with equal ferocity as our freedoms.

And you must be aware that as the state grows its influence, it must find new enemies to feed its need for war, and it must exact the cost of these wars against, primarily, the American investor.

Expect much more debasement of currency.

And expect to see your standard of living dwindle unless you have the foresight to deleverage yourself from this dangerous, teetering and completely insolvent state.