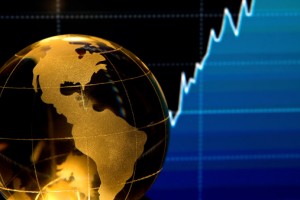 Investors have been dumping tech stocks over the past few weeks. The NASDAQ Composite has continued its fall this week. It is now down over 6% for the month.

But while growth stocks are quickly falling, investors are still hungry for yield. The average dividend yield for the S&P 500 is less than 2% and the 10-year Treasury yield is a mere 2.7%. One place that is offering superior dividend yields is the international market.

Yet, investing in unfamiliar markets can be intimidating. Many investors limit themselves to the U.S. when looking for great investments. But they are inadvertently ignoring some of the greatest opportunities the market has to offer.

Here are the top five international dividend stocks investors should own today:

HSBC is the largest bank in Europe. Unlike the majority of banks in the U.S., HSBC offers a relatively high dividend yield. Its current dividend yield is 4.7%. The bank managed to pay a dividend throughout the financial crisis.

Despite having to cut its annual dividend payment in half in 2009, the bank has grown its dividend payment at an annualized 7% since then. That type of dividend growth should only continue as HSBC finds new ways to grow earnings. The bank has a strong presence in Asia, which is a very fast growing market for high net worth individuals and businesses. Over half of its operations are tied to fast-growing emerging markets. For investors looking to gain exposure to the banking industry, while also getting a high dividend yield, HSBC is a top choice.

Total is one of the most overlooked oil and gas supermajors. Most investors think of ExxonMobil (NYSE:XOM) and Chevron (NYSE:CVX) when considering the best investments in the oil and gas space. But their dividend yields are only 2.6% and 3.4%, respectively. Meanwhile, Total offers a 4.7% dividend yield.

And unlike ExxonMobil and Chevron, Total has very little exposure to the highly competitive North American market. It actually has the lowest exposure to North American of all the supermajors. But it does operate in some of the fastest growing oil and gas markets in the world. Less than 5% of Total’s production came from North America last year. But over 50% came from Africa and the Middle East.

The U.K. based British American Tobacco is the second largest tobacco company in the world (excluding the Chinese tobacco market), behind only Philip Morris International (NYSE:PM). Its key brands include Dunhill, Kent, Lucky Strike and Pall Mall, and its products are sold in over 180 markets.

Its dividend yield is 4%, which is below a couple of the major U.S. tobacco companies. Including Lorillard (NYSE:LO) and Altria Group (NYSE:MO), each with yields over 4.7%. However, while Lorillard, Altria Group and others duke it out for market share in the saturated U.S. tobacco market, British American Tobacco is setting its sights on developing markets.

While the U.S. telecoms, Verizon (NYSE:VZ) and AT&T (NYSE:T), offer investors solid dividend yields, Vodafone offers investors a high dividend yield and unrivaled exposure to the wireless industry. Vodafone is the world’s largest revenue generating wireless operator. And it is the second largest carrier in the world by subscriber count. Its dividend yield is 4.6%.

Earlier this year, Vodafone sold its 45% stake in Verizon Wireless. Now the company is heavily concentrated in some of the fastest growing wireless markets, including India and Europe. The company has a very valuable customer base and other companies are taking notice. AT&T has shown interest in merging with Vodafone. And even Softbank, which owns nearly 80% of Sprint (NYSE:S), is rumored to have an interest in acquiring Vodafone.

The Brazilian government is Petroleo Brasileiro Petrobras’ majority shareholder. But shareholders and the government’s interests are aligned for now. This is actually our second oil and gas stock on the international dividend stock list. And Total better watch out, Petroleo Brasileiro Petrobras plans on positioning itself as one of the five largest integrated oil companies in the world within the next 15 years. The company produces nearly all of Brazil’s oil and gas and is the closest thing to a monopoly you’ll find in the markets.

Diversification isn’t just about owning stocks in different industries, it also involves looking for socks in different geographical locations. And investors can get access to faster growing economies by looking for investments outside the U.S. The global economy is expected to grow by 3.7% in 2014, compared to only 2.8% in the U.S.