Interest rates are at historical lows, which has been bad news for income-oriented investors. 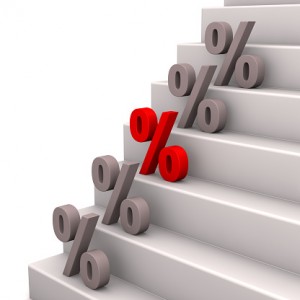 Yet, it’s not all bad news as some companies are taking advantage of low rates to reward shareholders via buybacks.

With the likelihood of the Federal Reserve raising rates in December, even more companies are racing to raise debt. Apple (NASDAQ: AAPL), MetLife (NYSE: MET) and Oracle (NASDAQ: ORCL) are just a few to have recently earmarked debt for buybacks.

Companies are on pace to announce nearly $900 billion in buybacks this year, which would be a record year.

But not all buybacks are created equal. It only makes sense for companies that have clean balance sheets and strong cash flow to service that debt over the long run. With all that in mind, here are the top buyback stocks looking to take advantage of low rates to boost returns to shareholders:

Activist hedge fund JANA Partners has recently taken a new stake in Microsoft, citing the company’s commitment to return capital to shareholders as a reason to buy. More specifically, JANA sees dividends continuing to increase going forward and upwards of $4 billion in buybacks in the interim.

Micorosft is a capital returns story, but one that’s also been turning around its business. The Office and Windows suites continue to be cash cows, but the company is also looking to make cloud offerings a bigger part of its business.

The company’s commitment to return cash to shareholders is a big positive, as the company isn’t a blistering growth story anymore, but still generates plenty of cash. In truth, Microsoft has been the buyback king for sometime, however. Over the last 10 years it’s bought back more stock than any other company – spending nearly $125 billion on buybacks over that period.

By raising more debt and buying back more stock, Microsoft has hopefully turned a corner in terms of refusing to spend cash loosely. Recall that it just wrote down a chunk of its Nokia acquisition.

Shares of Qualcomm are another Jana Partners favorite, but are down 27% year-to-date after falling short of analysts expectations. Jana is also trying to get Qualcomm to split its chip unit and patent-licensing businesses. However, the company has a robust buyback plan in pace, deciding to pull a Microsoft and use its robust cash flow to reward shareholders.

Earlier this year the company launched a $15 billion buyback after raising $10 billion in debt. The beauty of Qualcomm is that its balance sheet has little debt and the company is a free cash flow generating machine – with a 5% free cash flow yield. Although there are worries with smartphone market growth, Qualcomm has a high margin recurring business in licensing its patents.

The company is down 38% year-to-date as its growth appears to be slowing. The change in how Americans eat including the shift toward natural and organic has been great for Whole Foods. However, it’s fallen on hard times of late. The likes of Kroger Co. (NYSE: KR) are getting more active in the organic foods industry.

The recent quarterly results showed that the turnaround for Whole Foods is taking longer than expected. However, one of the bright spots is that Whole Foods is the newest entrant into the “raise debt to buyback stock” club.

Its generating returns on invested capital of nearly 15% and has a free cash flow yield of over 7%. As far as cash flow generation, Whole Foods hasn’t completely stopped growing. It still expects fiscal 2016 sales to grow by 3% to 5%.

As part of Whole Foods’ new capital returns strategy, it added $1 billion to its buyback plan and upped its dividend by 4%. It plans to fund this with a new $500 million credit facility and a new $1 billion debt issuance. The buyback is roughly 9% of Whole Foods market cap and its dividend yield is up to 1.7%.

In the end, this year has already been a record year for debt-fueled buybacks, but the threat of interest rates moving higher in December has companies scrambling to take advantage of historically low rates. However, not all companies are created equal. Companies with sizable buybacks but that are still generating healthy cash flow are ideal.

One Fat Check Deserves Another!

What’s the only thing better than receiving one fat dividend check? Receiving multiple fat dividend checks, one right after another…every month…all year long. Imagine having something like this to look forward to throughout the entire year. THAT’S what you call peace of mind! Click here to get started.