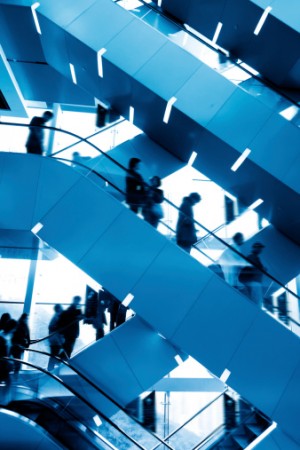 Amazon shares jumped 9% on Friday after the company’s quarterly revenues were slightly more than analyst expectations. That was enough to add more than $14 billion to the company’s market value.

Last Thursday I wrote an issue of Income & Prosperity titled, Will Amazon Ever Make Money?  With the benefit of hindsight, perhaps I shouldn’t criticize a highflying retail stock like Amazon hours before earnings are released.

But it doesn’t mean much that Amazon (Nasdaq: AMZN) shares rose on earnings news. The company reported yet another quarter of losses.  Meanwhile, the hype around the company’s earnings simply highlights the potential risks with this stock.

What ensued was a flurry of activity on Wall Street.  Jordan Rohan at Stifel raised his Amazon share price target to $400 and Aaron Kessler at Raymond James upped his projection to $446.

But I’m still not buying this retail stock.  Despite its popularity, Amazon is decades away from returning capital to shareholders through a dividend.

So enough about Amazon . . . let’s instead turn our attention to discount retailers that are attractively priced and actually rewarding their shareholders.  Those companies are Costco (NYSE: COST) and Wal-Mart (NYSE: WMT).

Wal-Mart is the world’s dominant discount retailer, with more than 11,000 stores around the world.  Since 1945 the company has built its name on offering the best price to consumers.

With more than two million employees and annual sales of $469 billion, Wal-Mart is a huge company.  The company’s commitment to “Always Low Prices” means that profit margins are tiny.  Last year, the company’s net profit margin was just 3.6%.

Despite the low profit margins, there are two reasons to buy both Costco and Wal-Mart.

The first reason is the dividends.  On the surface, they don’t look like much. Costco currently pays a small 1.1% dividend, while Wal-Mart yields only 2.5%. Those aren’t the types of dividends that are going to attract income investors.

But it’s the dividend growth that matters when it comes to these retail stocks.  Since initiating a dividend in 2004, Costco has increased its quarterly payments from $0.01 to $0.31.  Meanwhile, Wal-Mart has increased its dividend by 422% over the past decade.

The second reason to like these retail stocks is the valuation.

Costco trades at a premium retailer valuation of 23-times earnings. That’s due to the company’s 10% annual growth, which is unusual for a retailer of its size.

Wal-Mart trades at a multiple of 15-times earnings.  That’s a lower PE multiple than the S&P 500 index and reflects the company’s slow growth.

Neither Costco nor Wal-Mart is cheap based on their growth rates.  But compared with Amazon – trading at over 100-times earnings estimates – these brick and mortar retailers are a real bargain.

I like that both companies are showing their commitment to shareholders through regular dividend increases. Wal-Mart, however, can be a bit polarizing as a result of its efforts to be the lowest cost retailer.

Costco, on the other hand, is doing the right thing for customers, employees, and shareholders.   Investors have been attracted to Costco as a result of the strong performance and growth prospects, and the stock is up 228% over the last decade.  That’s more than 3-times the gains for the S&P 500.

I think this stock will continue to beat the market.  If you want to add a solid retail stock to your investment portfolio, Costco would be my pick.