The collapse in commodity prices has taken virtually the entire energy sector down with it. After reaching $100 per barrel in 2014, crude oil fell to $27 per barrel in February, before recovering to its current level around $43. This has devastated profitability across the oil industry. 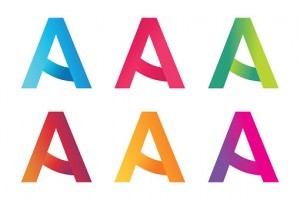 For a while, the biggest of Big Oil companies, Exxon Mobil (NYSE: XOM), was spared some of the damage, thanks to its excellent balance sheet, large refining unit and top-quality assets.

But in a prolonged period of low oil prices, even Exxon Mobil wasn’t immune. Its earnings have fallen for several quarters, which has weighed on its pristine balance sheet. This has resulted in the company losing its triple-A credit rating from Standard & Poor’s.

Another One Bites the Dust

Exxon Mobil has had a tough year, clearly due to the crash in oil and gas prices. Earnings fell by half in 2015, but it still earned $16.2 billion in profit for the year. It generated a 7.9% return on average capital employed, which was far higher than most other companies in its integrated peer group.

Exxon Mobil has accomplished consistent profitability and positive returns on capital by focusing on efficiency and cutting costs to the bone. It slashed its stock buyback program by $9 billion last year. Also, capital and exploratory was $31.1 billion last year, a 19% reduction from the previous year.

The company’s results to start 2016 haven’t been great, but it has at least remained profitable. Exxon Mobil’s earnings per share collapsed 63% in the first quarter, but it still earned $1.8 billion. Profits stayed afloat thanks to a 33% reduction in capital spending.

The first quarter was Exxon’s lowest quarterly profit since the third quarter of 1999.

The good news is that it hasn’t all been bad news for Exxon Mobil shareholders this year. The company has remained steadily profitable, even throughout the downturn in commodity prices. This in itself is a testament to the strength of Exxon Mobil’s business model, in a climate when so many others are losing money.

Exxon Mobil uses a significant portion of its profits to reward shareholders with consistent dividends. It’s among the S&P 500 Dividend Aristocrats, a select group of companies that have raised dividends for at least 25 consecutive years. Exxon Mobil increased its dividend on April 27, which was its 34th straight year of dividend increases. It has paid uninterrupted dividends for more than 100 years.

The new dividend rate will be $0.75 per share quarterly, or $3 per share annualized. This makes a hefty 3.4% yield based on Exxon Mobil’s current stock price, which is an above-average yield.

And Then There Were Two

Now that Exxon Mobil has been ousted from the ranks of triple-A rated companies, only Microsoft (NASDAQ: MSFT) and Johnson & Johnson (NYSE: JNJ) remain.

Both Microsoft and Johnson & Johnson have world-class brands and excellent balance sheets.

Due to the success of its cloud-based platforms like Office 365 and Azure, Microsoft’s growth in recent years has been impressive. Revenue climbed 7% in fiscal 2015, and it generated $23 billion of free cash flow last fiscal year.

These brands command leadership positions in their respective industries. According to Johnson & Johnson, approximately 70% of its revenue comes from products that take the No. 1 or No. 2 market position in their categories.

Going forward, investors probably don’t have to worry about Microsoft’s and Johnson & Johnson’s credit ratings. The first key difference between Microsoft and Johnson & Johnson in comparison to Exxon Mobil is that the former two aren’t in the commodity business. As a result, it is likely that both companies will retain their sterling credit ratings for many years to come.