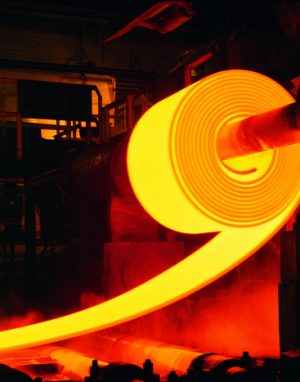 None have ever mailed out these huge payments.

Yet a small group of undiscovered American companies regularly send out millions.

Go here to claim your next payout ASAP.

Most folks have never heard of this stock. Yet my colleague – Steve Mauzy – discovered an amazing income windfall.

Back in October, he alerted investors to a huge $4,120 “Liberty Check” payout.

Most folks were thrilled with those quick profits.

Yet they were SHOCKED when the same company paid out a second “Liberty Check” in April . . .

Regular folks were able to claim $6,400 in payments in just six months!

Plus, some people collected even bigger checks.

Madeline W. is a grandmother who lives in Florida. And she emailed me these details of her experience:

So, how’s this possible?

First, you’ve got to understand the Warrior Met Coal business.

Second, you’ve got to understand politics.

President Donald Trump recently enacted tariffs on foreign steel. The Trump steel tariffs came after months of threatening to do so.

The Trump steel tariffs created a tailwind for the U.S. steel industry.

Warrior Met Coal makes a product that’s crucial to the steel-making process. As a result, its  business is booming.

In the first three months of this year, the company saw sales surge 88%. Plus, earnings jumped 65%.

Now, many corporate executives would simply push for a new employee stock options plan . . . a special bonus for the executive team . . . or they’d use the profits to splurge $65 million on a new Gulfstream G650 private jet.

CEO Walt Scheller had a different idea amid the Trump steel tariffs and the earnings hike.

Instead of spending the extra profits, he decided to pay out these “Liberty Checks.”

That’s how much Sheller was able to pay out, with the support of his board of directors.

That’s unprecedented – especially for a company valued at only $1.4 billion.

Insiders and Wall Street’s biggest firms are making a fortune. Just look at how much they’ve earned . . .

Let’s make sure you’re on the list for the next “Liberty Check” payout.