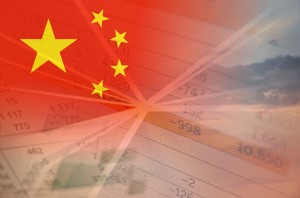 The world’s biggest country plans to restrict the export of rare-earth metals to the U.S.

The move around Trump’s trade war may create shockwaves for technology and defense companies . . . including Apple, Lockheed Martin and Tesla Motors.

The rare earth ban will force Trump to secure America’s No. 1 source of energy.

Today, the U.S. obtains 80% of its rare earth metals from China. And while you probably never heard of metals named lanthanum, terbium and erbium . . .

Chances are very good that you are dependent upon these elements.

And Tesla Motors uses a rare earth metal called neodymium in its electric vehicle motors. Its only source is a Beijing company.

But they’re not nearly as crucial as this No. 1 element.

This one commodity is far more crucial than rare earth metals. It powers 25% of American homes. And is crucial for operating American aircraft carriers and submarines.

Go here to profit from this new bull market.

Today, American domestic production of this element is almost nonexistent. Our country imports 97% of this element. And that means we are highly dependent upon rogue nations for this critical element.

Right now, there’s a movement to protect America’s interests . . . and secure our own domestic production.

That’s why the Department of Commerce just spent 15 months researching this situation and the domestic security needs of the country.

Commerce Secretary Wilbur Ross just shared his recommendation with the president. And Trump is expected to make a major decision by July 14.

And that means folks who BUY NOW stand to earn a fortune.

Now, Trump’s announcement could happen any day. And that’s why I’m hosting this live briefing for my elite clients.

P.S. The July 14 decision could spark the biggest commodity super-cycle you’ve ever seen.

They’re ideally positioned for once-in-a-lifetime profits. And you won’t want to miss out.