For such a tech-savvy company, Twitter (NASDAQ: TWTR) made an embarrassing mistake Tuesday. Though Twitter wasn’t due to release earnings until after the closing bell, the report had already been posted on its investor relations page and was found by a data science company. 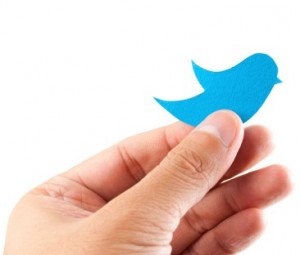 Since there wasn’t a link to the page, whoever posted the Twitter earnings report there early probably figured no one would find it until the link was added.

That person was wrong.

What made the Twitter earnings leak significantly worse was the report itself wasn’t good. The stock started falling immediately after the leak at roughly 3 p.m. Ironically, the company that found Twitter’s earnings report, Selerity, used Twitter to share the results.

After falling almost 6%, trading was halted around 3:30 p.m. It reopened for around 10 final minutes of trading before the closing bell. The stock declined sharply during this period, closing down more than 18% Tuesday. Twitter stock is down another 3% as of this writing, enough for a total decline of 21% in two days.

The Twitter earnings leak certainly isn’t an isolated event. Plenty of high-profile companies have accidentally leaked earnings before their scheduled release in roughly the same way that Twitter did. The list of companies that have either leaked or had their earnings leaked by someone else includes Microsoft (NASDAQ: MSFT), Google (NASDAQ: GOOGL), Intel (NASDAQ: INTC), Disney (NYSE: DIS) and Transocean (NYSE: RIG).

As you can see, Twitter is in good company with these other corporate titans who have made the same mistake. Twitter says that the error was made by Nasdaq, which manages the investor relations page for Twitter. Safe to say it doesn’t matter much – the damage is done.

Now let’s look at the report itself.

The company also lowered its guidance for both the current quarter and for 2015.

The move also makes it easier for major ad buyers who only use the DoubleClick Bid Manager to do business with Twitter.

It’s hard to tell whether the Twitter earnings leak amplified the decline in share prices. Certainly the stock would be lower on the revenue miss, reduced guidance and the implication that growth is slowing more than expected. That said, it’s very possible that the one-two punch of an embarrassing earnings leak along with a weak report sent the stock down further than it might otherwise have fallen.

I maintain my opinion that, while incredibly important to the way we communicate in today’s modern world, Twitter faces significant challenges in its efforts to monetize social media. Rivals Facebook (NASDAQ: FB) and LinkedIn (NASDAQ: LNKD) don’t face the same degree of challenges.

The Twitter earnings leak – both the report and the sloppiness that led to its release – leave me even more confident in that view. Even if you feel that you really must invest in the high-valuation, high-competition social media space, steer clear of Twitter.