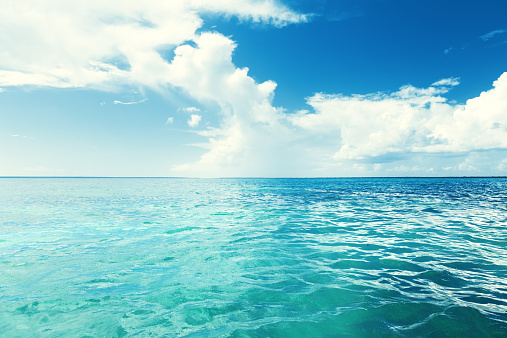 Poet Samuel Taylor Coleridge’s famous bit of doggerel is familiar to most of us. In many parts of the world, it’s quite literal: Water is everywhere, and there isn’t much of it drink.

Annual tourism in the British Virgin Islands has increased 11% over the past six years. The Cayman Islands have seen a 19% increase. Belize welcomes 30% more people annually. Other Caribbean countries have experienced similar double-digit growth.

At the same time, more people – ex-pats and locals – are permanently populating these Caribbean paradises. Caribbean nations are handling more people each successive year. What is the universal need uniting these people? Water, of course. None of us can live without it.

The good news is that problems are the wellspring of business opportunity. And one company is already exploiting the Caribbean opportunity today – Consolidated Water Co. (NASDAQ: CWCO).

In other words, Consolidated produces locally to serve local demand. Consolidated sells directly to consumers. This accounts for 27% of its $66 million in annual revenue. Most of the business – 60% of revenue – is transacted supplying water to government-owned distributors.

To be sure, $66 million in annual revenue puts Consolidated on the small side. Its market cap is less than $200 million. But it’s growing.

Over the past five years, annual revenue increased 32%. Earnings have held steady, with EPS posting at $0.42 last year. Earnings have been held in check by recent investments in new plants and a corresponding increase in selling, general and administration expenses.

The good news is that SG&A expenses have been falling relative to revenue in recent quarters. The trend should continue, which will lift future EPS. Consolidated is expected to earn $0.58 per share this year, and $0.69 per share in 2016. The uplift in earnings could easily support an uplift in dividends, currently paid at $0.30 per share.

Unlike many utilities, Consolidated is one utility stock that has every reason to continue along its growth trajectory. Demography alone should keep the needle moving: The world’s population is expected to swell from 7.2 billion today to 9.6 billion by 2050.

On the other side of the ledger, water is constant. Of the total world supply, only 3% is drinkable and half of that is locked in the polar ice caps. This means more water will be taken from the world’s oceans.

As I write, Consolidated is developing a desalination plant to serve chronically parched Baja California. The plant will deliver potable water to Mexico, and to equally parched Southern California. Other water-starved locales await. In fact, Consolidated has established a small foothold in Bali to serve its thirsty and growing population.

Yes, water is everywhere, and thanks to Consolidated there will be quite a few more drops to drink – not to mention a few more bucks to put in investors’ pockets.

Of course, it’s far from the only lucrative opportunity when it comes to clean water. Another is waiting for you right here.