Value investing is never as easy as it sounds, but with a little help, investors can get in on the ground level of those deep value stocks that often double or triple. 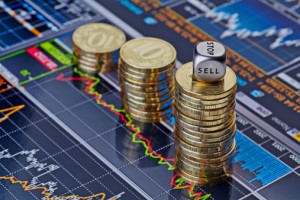 So you want to invest like Warren Buffett? Arguably the greatest value investor ever, the “Oracle of Omaha” has one of the best track records of any investor in the world.

Think of it this way (courtesy of hedge fund manager Jeff Matthews): Warren Buffett bought Berkshire Hathaway (NYSE: BRK-B) for $16 a share back in 1965. Today, those shares are worth more than $200,000 apiece.

If on the same day that Buffett bought Berkshire you had invested $16 in the S&P 500, your investment would be worth a mere $600.

That’s value investing at its best.

But nobody can truly invest like Warren Buffett. You could follow his public market investments, such as Wells Fargo (NYSE: WFC) and Coca-Cola (NYSE: KO). But these are big companies that are rarely considered deep value stocks. And it’s unlikely that either will double in a year’s time.

And unlike the rest of us, Buffett  has access to several billion dollars of capital, allowing him to make strategic (read: very favorable and advantageous) deals that aren’t available to everyday investors. They’re deals like his investment in Bank of America (NYSE:BAC) back in 2011 that gave him preferred shares paying a 6% per annum dividend. He also got warrants that allow him to purchase 700 million shares of the bank’s stock for $7.14 a share — the bank’s stock trades above $16 a share.

How to Become a Skillful Value Investor

So if investors truly want an advantage in the value investing game, why not go at it alone? Granted, value investing is a well-talked-about and seemingly simple approach. Just buy undervalued companies and wait for the market to realize it.

Problem is; the company may well be undervalued for a reason, commonly known as a value trap.

I’ve found that one of the best strategies for retail investors is to take their cues from Wall Street’s best minds.

Enter the Value Investing Congress. This is a semi-annual conference that features some of the market’s best and brightest. These value investors gather to offer their best value picks.

The returns from some of these picks are eye-popping.

At last year’s conference, Daniel Miller  from GAMCO Investors  touted the idea of “investing with conviction,” profiling RealD (NYSE: RLD). The stock was up nearly 100% over the following nine months.

The year before that, Value Investing Congress co-founder Whitney Tilson touted Netflix (NASDAQ: NFLX) as a long idea. Since then, the stock is up nearly 800%. You would have made nearly nine times your money in less than 24 months.

This year’s Value Investing Congress is sure to be chocked full of more great ideas. Ears will surely perk up when Wall Street heavyweight  Leon Cooperman  takes the stage.

Since retiring from Goldman Sachs 20 years ago, Cooperman has been running his own hedge fund. His Omega Advisors hedge fund has done quite well to say the least. His flagship fund, Omega Overseas, has averaged a 14.6% return (net-of-fees) since 1992. Compare that to the S&P 500, which has averaged 9.3% over that same period.

Activist investor Jeffrey Smith of Starboard Value will also be at this year’s conference, talking about enhancing shareholder value. And that’s something his three-year old hedge fund is no stranger to. Starboard has already waged high-profile battles with companies like AOL (NYSE:AOL), Office Depot (NYSE: ODP) and Darden Restaurants (NYSE:DRI) — owner of Olive Garden and formerly Red Lobster.

So what could be on tap for this year’s Value Investing Congress?

Well, we could speculate and say that Whitney Tilson will reveal another great short idea like he did with K12 (NYSE: LRN) last year — since then, the stock is down 50%. Maybe he has his eye on one of the grossly overvalued tech stocks. Zillow (NASDAQ: Z) perhaps?

Maybe Alexander Roepers will give us another great round of high-conviction ideas. Two of his picks from year, Baker Hughes (NYSE: BHI) and Harman International (NYSE: HAR), are up close to 50% each since last year’s conference.

Is Halliburton (NYSE: HAL) possibly  on Roepers’ list this year? It’s just as cheap as Baker Hughes, but has underperformed its peers over the last 12 months.

Or will Smith’s Starboard Value announce that he’s considering an activist campaign to push Office Depot (in which his fund still owns 10%) and Staples (NASDAQ:SPLS)  into an office supply mega-merger to better compete with Amazon?

We could speculate all day…

The key to remember is that the Value Investing Congress is closed to the media, so you won’t be reading about these great picks in the New York Post or The Wall Street Journal.

Luckily for you, Wyatt Research’s very own Ian Wyatt will be at the Value Investing Congress next week when some of the market greats give an exclusive look at their most prized investments.

If you consider yourself a true value investor akin to Warren Buffett, then you’ll surely want to  hear about this year’s Value Investing Congress stock picks straight from the horses’ mouths.

Ian will be at the conference sending live email alerts as the investing greats deliver their best ideas. . Assuming you are up for finding the next value stock, click here to learn more about getting the inside scoop on these top value stocks.