Warren Buffett is nobody’s fool, that’s for sure. 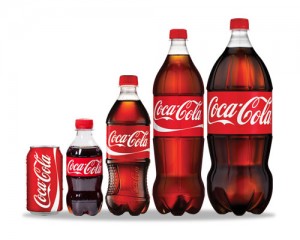 Yet every investor has his struggles. Buffett has taken flack for his IBM (NASDAQ: IBM) and American Express (NYSE: AXP) positions, which are down 15% and 8% over the last six months, respectively.

But the one thing to remember is that Buffett is a long-term investor. He has owned 400 million shares of Coca-Cola since the fourth quarter of 2006. Heading into 2015 it was still his second largest holding.

Both beverage giants trade right at 19 times forward earnings, but they are two very different companies, despite the ever raging Coke vs. Pepsi debate.

Coke is the leader in carbonated beverages in terms of market share. Pepsi, on the other hand, is the largest snack foods company thanks to its Frito-Lay division.

And while Pepsi continues to defend its structure as a beverage and snack foods business, Coke is digging deeper into beverages, setting itself up to rule the entire beverage industry.

Keurig is undoubtedly the at-home beverage leader, with a loyal following and a large installed base of at-home brewing machines. The cold brew system is expected to help boost its revenues nicely, but Keurig is also benefiting from other areas, like adding Campbell Soup to its product line.

And let’s not forget Coke’s other beverage investment in 2014. It took a 16.7% stake in Monster Beverage (NASDAQ: MNST).

Granted, one of Coke’s big headwinds is consumers’ transition away from soft drinks. However, I’m encouraged by its initiative to diversify into faster growing parts of the beverage market.

And there are a few things that Coke can do to help its cause. One is to cut costs. It’s already identified certain non-bottling expenses and has plans to automate its warehouse operations.

Then, in terms of revenue growth, international markets are still an attractive opportunity – especially in emerging markets where the consumption of soft drinks per capita is still low compared to developed nations.

Last but not least, there’s the dividend. Coke is again the leader here. Its $1.32 annual dividend payout equates to a healthy 3.25% dividend yield, while Pepsi is paying a 2.75% yield. Coke has upped its dividend for 52 straight years now, with Pepsi’s streak being 42 years.

Coke is still a dividend paying machine. It controls the carbonated beverage market and generates plenty of cash flow to support its dividend, while also having plenty left over to make investments in faster growing parts of the beverage industry.

Plus, Warren Buffett likes wide-moat businesses, and Coke’s moat is still wide enough to make it a wise investment.