Do we honestly think those types of gains are sustainable without at least a short- to intermediate-term correction?

January is historically one of the strongest months of the year.  Yet time and time again, investors are fooled into thinking that gains will continue throughout the year. 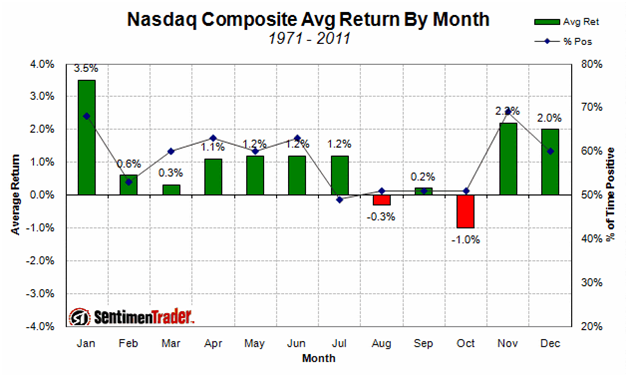 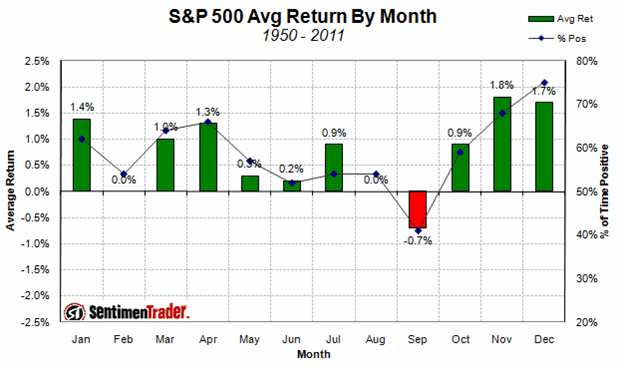 Some will tell you this time is different.

But did they forget that the Fed announced several months ago they were holding rates low until AT LEAST mid-2013? That proclamation came near the bottom of last year’s trading range, and was followed by one of the most volatile periods in market history.

But people want to read headlines. They want the latest and greatest. Unfortunately, that type of insight is commoditized and, in my opinion, quite useless.

Here’s something I find very useful.  And you won’t hear the talking heads mention it or see writers with major financial publications with no real-world financial background write about it.  It’s the latest Rydex report stating that money market assets are down to $873 million because they’re moving into index funds.

The chart below from acclaimed sentiment analyst Jason Goepfert of Sentimentrader.com shows that each time there’s an influx of cash into leveraged funds, the market has seen an almost immediate decline. 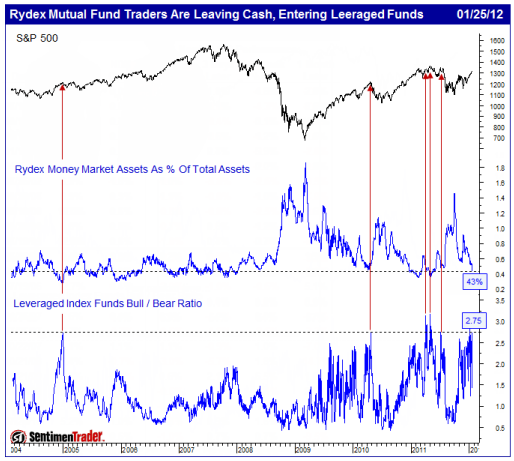 So the next time you read the bullish headline about the Fed or some hot stock or the market being due for a 20% gain over the following year, make sure there is something real behind the claim rather than someone spouting random market hogwash.

As always, if you have any questions please do not hesitate to email me at [email protected]. Until next time,