Winnebago’s third-quarter results reported earlier this week show a company that is on a roll. Give credit to lower gas prices, or a growing class of retirees, or maybe just a new trend in vacationing, but sales of RVs are up. 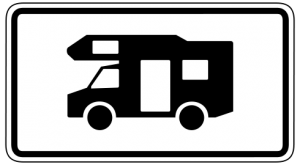 Now to be clear, Winnebago Industries (NYSE: WGO) is not the only company that makes the recreational vehicles used by large families and empty nesters alike. It does have a name that’s become synonymous with a certain kind of road trip, and judging from Winnebago earnings in the recent quarter, a lot more people are vacationing by RV.

But Winnebago earnings in the third quarter reflect more than just a growing revenue base. In fact, while certain business segments, such as towables, showed a surge in revenues, the company achieved a strong increase in net income, largely because of careful cost controls.

Winnebago’s total third-quarter revenue increased 2.1% to $272.1 million, while net income rose to more than 25% to $14.4 million or 53 cents per share. That modest revenue gain, however, really doesn’t capture how strong Winnebago’s third quarter was. Shipments in motorized units rose 12.4% while shipments in tables surged 62.4%. Total revenue growth was offset by the company’s exit of its non-core aluminum extrusion business.

A Nod to Good Management

In the Winnebago earnings release, the RV company also said that its third-quarter net income benefited from close attention to labor and materials costs and margins. This is important since it signals a well-managed company that is preparing to weather a more difficult business climate that could result from rising oil prices.

For now, oil prices are low and Winnebago is on a roll. But with a stock price that’s risen about 15% year to date and more than doubled over the past five years, the company has a long track record of a steady performance.

One sector you can’t ignore
Fox News says investments in this sector “are set to soar over the next few years whether the public is ready for it or not.” And for good reason: they’re being spawned by the biggest technological breakthrough since the internet. It’s so big it’s throwing $2.5 trillion up for grabs. Act now, and you can grab a piece of it for yourself. Find out how right here.