We are already sitting in a market that I believe is overvalued in the aggregate. Many blue chip stocks sit at multiples that make me nervous. 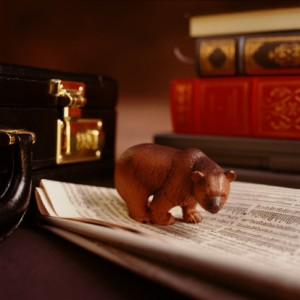 There are, however, several famous large-cap names that have gotten ridiculously far ahead of themselves. These stocks are trading mostly on momentum, with the kind of optimism built into the stock price that demands perfection over the next 10 years.

I think these stocks are perfectly fine to for aggressive traders, but as an investor, I think you’d be crazy to own them.

Tesla Motors (NASDAQ: TSLA) makes an amazing product. Its cars are totally awesome. They are also ridiculously expensive, and it will take years for them to come anywhere close to the price point of the family sedan. Moreover, technology has a long way to go before they can travel a decent distance on a given charge.

More to the point, the company loses money year after year. It continues to burn cash. The company was free-cash-flow negative by almost $1 billion in 2014 and more than $1 billion  already this year. The stock trades a $30 billion valuation, only 20% or so from its all-time high. You’d be nuts to own something that isn’t going to make money for a very long time, if ever.

Netflix (NASDAQ: NFLX) is the dominant brand name in content streaming, and it is producing some terrific shows on its own. It also makes next to no money, despite its reach and brand name. It has barely generated $80 million in net income so far this year, trades at 266 times trailing 12-month earnings, and was free-cash-flow negative to the tune of $250 million in its latest quarter alone.

Netflix is, quite simply, a blood bank for the studios. They license content to Netflix, take the company’s money, and leave it until its blood bank fills up again with revenue. How it can be valued at $45 billion is beyond me.

LinkedIn (NYSE: LNKD) has become a relative necessity as far as establishing one’s credentials in a publicly accessible place. But that’s all it is. It’s just an online parking space for resumés, and an unfiltered lead generator for those seeking to clutter online mailboxes with solicitations.

While revenue continues to grow 50% per year, so do expenses. The result is a company consistently losing money while being valued at $25 billion. Just like its peers above, it is free-cash-flow negative to the tune of $180 million over the trailing 12 months.

Facebook (NASDAQ: FB) has changed the way people interact online in a social venue. It has created a way for people to connect, and a new way for businesses to advertise. Revenues continue to grow robustly, and net income jumped from a mere $32 million in fiscal year 2012 to $2.7 billion in the trailing 12 months. That’s pretty impressive, and certainly something that shouldn’t be ignored.

What also shouldn’t be ignored is Facebook’s crazy $277 billion valuation. The company may be growing in leaps and bounds and you can argue a 100% YOY increase in net income justifies a PE of 100 on the stock. However, when you step back, are we to believe that Facebook is really worth only 20% less than Berkshire Hathaway (NYSE: BRK-B)? Uh … no.

Just so you know I’m not biased about Internet large caps, I also think Procter & Gamble (NYSE: PG) is one of the worst large-cap stocks, as well as being one of the largest at $203 billion.

Yes, it is an American legend and global conglomerate. Yes, it generates reliable big-money cash flow and even nets out $7 billion in income. But it has stopped growing that net income. It became a moribund operation years ago.

You would have to be crazy to step up and pay 30 times earnings for a no-growth company and for that 3.57% yield, which you can find elsewhere for a more reasonable price.