Yahoo (NASDAQ: YHOO) shareholders have had little reason to cheer in recent years. Yahoo CEO Marissa Mayer took her position four years ago with the task of turning around the downtrodden Internet giant. 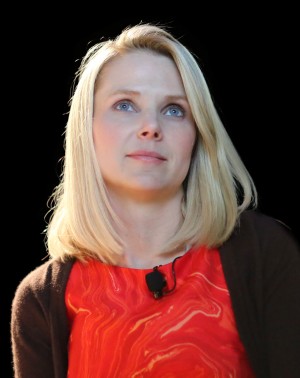 She’s had little success. Yahoo shares are down 34% just this year.

Starboard Value LP, an activist investor, recently urged Yahoo to halt the planned spinoff of its $20 billion stake in Chinese e-commerce giant Alibaba Group (NYSE: BABA). This comes just a year after the same investor encouraged the spinoff. Starboard now states that there is too much risk.

What is the big risk that is carried in this proposed spinoff? Taxes.

Starboard changed its position after the Internal Revenue Service failed to rule if the Alibaba spinoff would be a tax-free event. Going forward without the approval of the IRS poses an enormous risk for shareholders who could be on the hook for billions in taxes.

Is Starboard only motivated by short-term gains? And in the event of a proxy battle, where should investors side?

The letter from Starboard to Yahoo was made public on Nov. 19. Starboard CEO Jeffrey Smith wrote, “If you stay on the current path, we believe the potential penalty for being wrong is just too great, and the potential reward for being right is not materially better than the other alternative.”

Starboard is encouraging an alternative solution: Keep Alibaba and Yahoo Japan, and sell Yahoo’s core display advertising and search businesses. These are the Web properties that Yahoo built its name on.

This solution is not new. Last year Starboard encouraged merging this struggling core business with AOL, which itself was acquired by Verizon Communications (NYSE: VZ) in June.

Mayer Failing to Live Up to Expectations

When Mayer was named CEO, many believed it would be an era of turnaround for Yahoo. However, as she reaches her fourth year as the head of the company, little progress has been made.

She attempted to position Yahoo as a threat to tech giants like Google and Netflix (NASDAQ: NFLX) by going after the search engine and online streaming markets. These projects cost millions with little or no return and failed to increase Yahoo’s user base.

Starboard isn’t alone in losing patience. SunTrust analyst Robert Peck recently said investors are frustrated with Mayer’s failed turnaround attempts, and suggested that she could be out of a job in the next 12 months.

The Wall Street Journal declared last week that Yahoo is gripped with a “crisis of morale,” referring to the recent exodus of dozens of executives.

With poor results and growing investor frustration, it is unlikely that Mayer will be able to garner the support to proceed with the Alibaba spinoff if a proxy battle ensues.

Critics maintain that the embattled CEO has no clear direction and has misled investors about the company’s progress. In fact, during her tenure Yahoo has lost market share in advertising and search, rather than gain market share as she promised.

Activist investors are often criticized for having short-term profit goals, which hinders a company’s ability to sustain long-term growth. However, in this instance, Starboard is asserting itself exactly where it is needed. Mayer has failed to prove that she can turn around the core business, and her efforts have already cost Yahoo millions.

Starboard’s proposal would essentially leave Yahoo as a play on its Alibaba stake and Yahoo Japan. It would give investors the short-term gain they are seeking, but not at the detriment of long-term growth for Yahoo.

There has been little evidence to indicate that Mayer’s strategy of growing Yahoo’s core business has had any success. In the event of a proxy fight, investors should side with Starboard against a CEO who has failed to deliver on her promises.

It seems likely that Mayer’s tenure at Yahoo is limited.