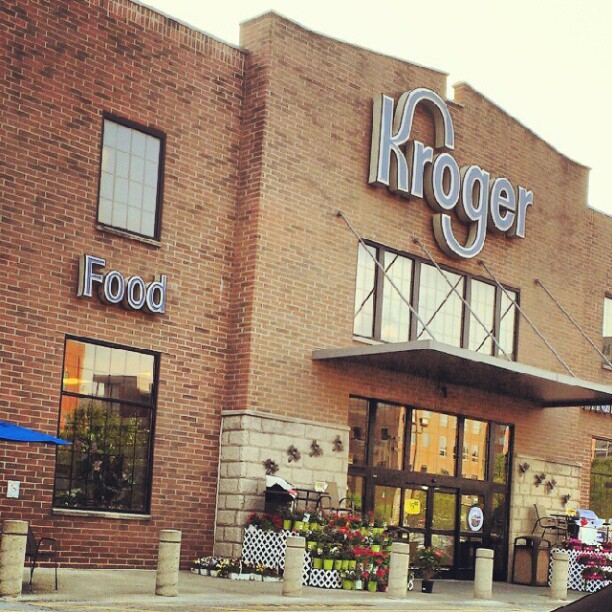 Grocery giant Kroger plans to roll out CBD products in 17 states. Eventually it could sell CBD oils, food and drinks in all 2,764 retail locations.

Just about every
question I can come up with right now can be answered by the
statement “Oil is going to rally.”

If the euro strengthens, it
means that investors see progress on the debt issues and there. And
it will indicate that the European Union will not be dismantled
anytime soon. Any gains in the euro will come at the expense of the
U.S. dollar. So based on stability in Europe, or the relative value
of the U.S. dollar, oil will rally.

The Truth About Employment?

One headline reads
“Jobs news even worse than it appears”. In it, the
writer points out that virtually all of the jobs growth for May was
for the Census, and that’s temporary. And the incremental
fall in the unemployment rate – from 9.8% to 9.7% — was the
result of 1.5 million people simply dropping out of the pool of
available workers.

Also, earnings are down compared
to output.

So in sum, the employment
picture is bleak.

But that’s only one side
of the story. The very next headline reads “Job openings rise
to highest level in 16 months”.

Employment Picture Darkens: What Next?

Investors are apparently not real happy
that payrolls grew by only 431,000 in May. Nor are they pleased
that the unemployment rate dropped to 9.7%.

Are investors being unfair? Are they
seeing a glass that’s half empty?

No, not really. Nearly all of the new
hiring in May was for census workers. In fact, 411,000 of the
431,000 jobs were essentially government handouts. The private
sector only created 41,000 jobs in May, which was less than
expected.

How to Invest in Volatile Markets

There’s no getting around the volatility in the stock market these days.
It’s seems good news one day is offset by bad news the next.

It’s maddening for investors to watch their investments yo-yo back and
forth. Even the best, most stable stocks in the market are not immune
from the volatility.

At times like these, it’s often a good idea for individual investors to
step back from the day-to-day swings of the stock market, and identify
long-term trends that are not likely to change, no matter what happens.

They say March comes in like a lion and goes out like a lamb. We’ll see about that. March started with a strong rally that’s added +50 points, or 4.4% to the S&P 500. That’s as good a monthly performance as you’ll find. Perhaps too good…

Stocks have come so far, some are now wondering, what’s left? And after today’s ADP Employer Services employment report showed that private companies cut payrolls by 23,000 in March. That’s a far cry from the gain of 40,000 economists were expecting from this report. And it raises the fear that Friday’s release of the Labor Department’s Nonfarm Payroll report will come in far short of the expected 190,000 jobs growth.

Of course, the government’s report will include census workers, so it’s likely to better than the ADP report. But still, the market is left waiting for jobs growth.

Unemployent falls and so do stocks

Yesterday’s decline reversed the rally we enjoyed to start the week. The S&P 500 is now below support at 1071. Is that a death knell? No. But it’s not good, either.

The Labor Department reported that companies cut 20,000 in January. New unemployment claims also rose. But somehow, the unemployment rate fell to 9.7%. I’m not going to call that a “damn lie”, but statistics don’t always tell the whole truth.

There’s no doubt the economy is improving, but is it happening fast enough? And perhaps more importantly, where will the base-line be?

An unemployment rate around 4%-5% used to be the norm. We’re certainly looking at a higher base for unemployment over the next few years. GDP growth will be lower. Investors will probably support lower P/E ratios and levels for the major indices.

That’s not a disaster, but it does mean you’ll need to be focused on value and not afraid to take profits when you have them.

It’s clear that investors are re-pricing stocks for the possibility that the proposed restrictions on banks’ trading practices will impact their profits in the future. The UltraShort Financials ETF (SKF) has rallied 11% in 2 days.

Yes, bank stocks are getting hit pretty hard. But Obama’s proposed restrictions aren’t yet law, and there’s plenty of reason to believe he won’t get everything he wants. More about that in a minute…

But first, I want to point out that this situation is how the "buy the rumor, sell the news" dynamic starts. Now, granted, this is a reverse example because investors are selling stock in anticipation of bad news rather than buying ahead of good news. Still it’s a good example of how investors are pricing in a worst case scenario now, before any proposals have become law.

I think we can expect to see bank stocks rally once the reality of ay proposed restrictions is finalized. But as we know, investors don’t like uncertainty.

Can’t Ignore This One

The Federal Department of Goldman Sachs (NYSE: GS) beat earnings
expectations with a $4.79 billion profit for the 4th quarter. Goldman
has strong gains in its investment banking division, which handles
stock and bond underwriting deals. Go figure. With companies selling
debt and stock like crazy to pay off TARP money and improve their
balance sheets, it’s no wonder Goldman did well.

Goldman earned
$13.4 billion for the year. But I haven’t seen if this figure includes
the $25 billion in funneled TARP money it received from AIG (NYSE: AIG)
to pay off credit default obligations (CDOs).

As you know I’ve
criticized Treasury Secretary Geithner for handling the banks with kid
gloves. And the fact that his office attempted to suppress the
transaction that had AIG paying Goldman off with bailout money is more
than just a black eye for him, in my opinion.
President Obama was wrong to nominate him. But you have to wonder how
much choice he had. After all, the Federal Department of Goldman Sachs
is pretty powerful.