Michael Ruppert tacitly believes that five billion
people will be wiped off the face of the earth sometime in the next few
decades.

His proof? One chart. 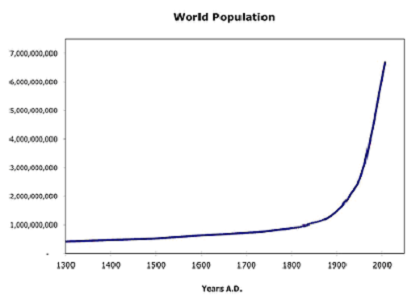 Ruppert makes the unappealing but hard to refute
argument that human population growth is a direct and total result of the
existence of cheaply available crude oil.