The mainstream media is absolutely frothing at the mouth about the latest energy news to come out about the United States.

According to a variety of sources, the U.S. is now a net-energy exporter – for the first time in 60+ years.

But if you’ve sauntered up to a gas pump lately, you might have noticed that prices are still pretty high. 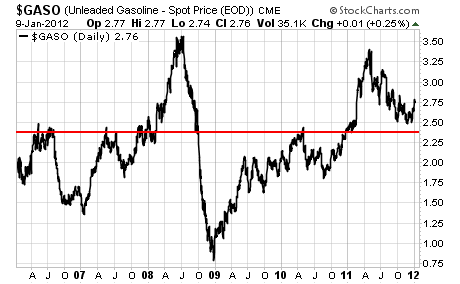 According to the American Petroleum Institute, the United States cut year-over-year oil imports by over 14% in 2011.

Again, it appears to be great news considering which countries supply our oil. 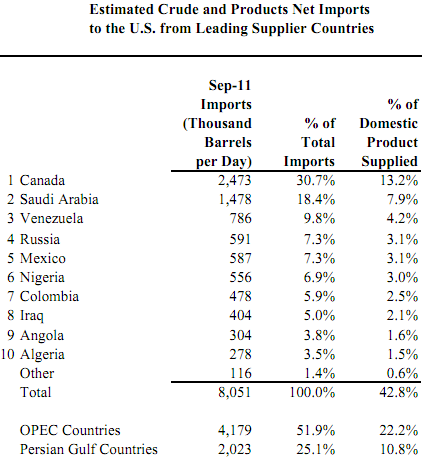 So again, the question is begged: why did the price of gasoline in 2011 move higher from 2010 levels if we’re now net-exporters?

Well, consider the fact that gasoline demand in November of 2011 fell to its lowest level in 11 years.

Also consider that we’re exporting more oil to other countries. So even though we’re producing more oil, a good chunk of it is getting shipped somewhere else.

And while it’s great to be a net exporter on paper, if that extra production and slackened demand doesn’t translate to lower-priced gasoline, it’s not really good news.

I’ve been warning you for the past couple of years that our oil prices were likely to continue to rise. And I’ve also warned that the oil market would increasingly ebb and flow with demand from Asia.

Well, we’re beginning to see that process unfold. We can reduce our demand, and we can increase our output – and STILL see prices rise.

Oil is a global market, and as big and powerful as our military is, it still is unable to control the oil markets.

Let’s not pretend that this good news is really anything but a hot news story. It’s not really good news. Despite all of the negative stories you might read about China, India and the rest of Asia – those folks are hungry as hell for gasoline.

Every new car and driver on the road in Asia is bidding on the same oil that American cars and drivers bid on. Oil production globally has been flat for the past 10+ years. 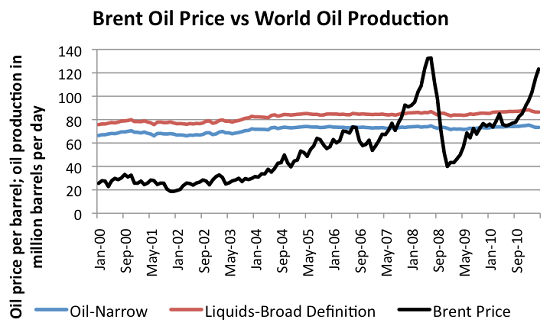 So while Americans may reduce their driving habits, oil prices can stay flat or go up.

And we’re already seeing it happen.

We’re living through an amazing oil boom in the Bakken region. You’ve read the stories. But we’ve just uncovered a small group of companies on the cusp of increasing production. This type of short-term production catalyst typically boosts revenues extremely quickly. So if you’re interested, take a look at our full write-up here.