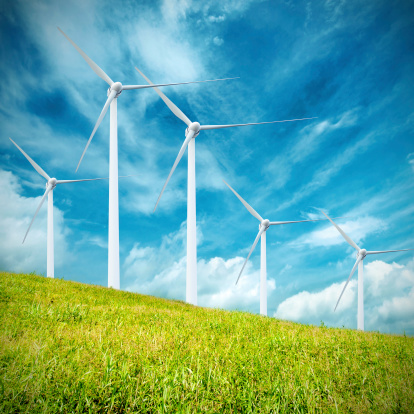 Alternative energy is a term that is bandied about in the media. So much so that it might have lost some of its impact. When discussing investments, alternative energy stocks can mean different things to different people, some of which may agree with the general public’s perception of it, while other ideas may not seem so alternative anymore.

A few years back there was big push around the world for ethanol, which is a corn-based energy source, and was considered alternative. Ethanol proved to be something less than a successful alternative to fossil fuels like oil, but it did cause a massive spike in corn prices worldwide, which enriched more than a few investors.

Alternative Energy Stocks: Past and Future

You see, 50 or 60 years ago there was a scientist, M. King Hubbert, who proposed that the planet was fast approaching the point when the supply of oil would peak. And after it peaked the oil supply would then rapidly decline until the world was eventually faced with a vast shortage of oil. That shortage was supposed to cause all kinds of problems, from famines to war, complicating and potentially lowering the standard life on planet earth.

And investors will always be on the lookout for the next breakthrough alternative energy stocks, hoping to cash in on an innovative company or ride the wave of a commodity boom that delivers massive trading profits. It has happened before, and it will again, but there has yet to be developed a truly viable replacement for fossil fuels. In the meantime, the pursuit for valuable alternative energy stocks, and the profit that may come with it, continues.

As a quantitative trader who leans towards a contrarian approach, I use the beginning of each year to evaluate the most beaten-down sectors over the past year as I research the best trades ahead. So, as I rolled through the various sector and country ETFs, I stumbled on a few potential opportunities, which I plan … END_OF_DOCUMENT_TOKEN_TO_BE_REPLACED

Last year, Russian politicians made a huge threat . . . To BAN exports of this “Critical Mineral” to the United States. That’s why President Trump is likely to announce a major decision in April . . . and it could spark a huge move for these top three stocks. Go here now for my … END_OF_DOCUMENT_TOKEN_TO_BE_REPLACED