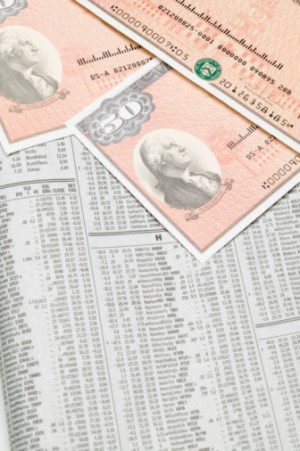 Bonds are most often used by people looking for a fixed rate of return and an element of safety. That’s not to say that bonds don’t have risk, they do. However, those tied to governmental instruments (U.S. Treasury issued) lend a bit more stability than investing in bonds from private companies.

When you hear the word bond, it might remind you of a gift given to you by a family member, as in a U.S. Savings Bond. In this case, you would hold it for a certain maturity period at which time you are paid the value it was upon purchase plus any earned interest. Think of it as the issuer borrowing money from the buyer and giving back an IOU in return. Interest earned is also free from state and local taxes.

The Benefits of Investing in Bonds

Unlike government-issued bonds, corporate and municipal bonds are highly influenced and affected by the financial health of the issuer. Corporations go bankrupt. Cities and states default on muni bonds. That’s the worst that can happen for holders of these bonds.

Municipal bonds are used to fund public projects, such as the construction of schools, hospitals, highways, sewers, and universities. While debt backed by a city obligation pledge rarely defaults, those generated by individual projects such as housing or health care facilities carry more uncertainty.  Of course, should a city go bankrupt, such as Detroit recently did, bonds become worthless.

Corporate bonds are fully taxable and issued by corporations that fund capital improvements, expansions, debt refinancing or acquisitions that require more capital than would ordinarily be available from a single lender. Risk here involves a corporate transaction that increases debt burden, natural disaster or regulatory change that can trigger a downgrade.

High-yield bonds sound enticing because they can reward investors handsomely, but risk is very high because they are a lower quality bond. All bonds carry ratings given to them by credit rating agencies. AAA is the best quality. Anything under A should be considered high risk.

Another way to buy bonds is through bond funds. It’s a good way to give your portfolio exposure to bonds but with diversification among dozens or even hundreds. The downside with bond funds is that losses sustained can be permanent because managers don’t hold them to maturity.

It’s generally a good idea to have a mix of stocks and bonds in a portfolio to offset market volatility.

Double Your Social Security Check – Before You Retire

The typical retired couple has monthly living expenses of $3,800. But most couples don't collect nearly that much in Social Security. Learn how to your boost retirement income now.

The ONLY Strategy You Should Use During Earnings Season

While most people would consider 2019 to have been a year of growth and appreciation – the S&P 500 rose nearly 30% without any major hiccups or corrections – dividend investors did pretty well, too. The average payout on S&P 500 dividend stocks rose more than 8% over the course of the year. Tax reform … END_OF_DOCUMENT_TOKEN_TO_BE_REPLACED

Earnings Season: Learn How to Make These One-Day Trades

Learn how to use this strategy for earnings season to make huge gains. We have the ability to place earnings trades in specific stocks with an 80% probability of success.

Discover the top 5G stocks that are “approved” by President Trump . . . and how America will lead in this explosive growth market.