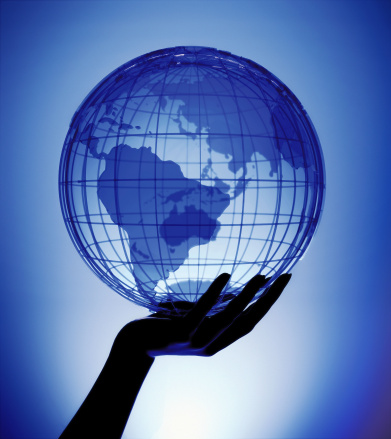 They also have less liquid in securities markets, citizens with lower debt, rising income and growing consumption. The difference between emerging markets and developed nations is less maturity in the securities market, having smaller publicly traded companies and weaker standards.

Emerging markets today consist of the BRIC countries: Brazil, Russia, India and China, although they are quickly approaching the mature nation status. Smaller markets include Eastern Europe, Latin America and the Middle East. The least developed but growing group is called the Frontier Markets, which include Vietnam, South Africa, Qatar and others.

Having a portfolio with investments in different countries is a great way to diversify. There are times when emerging markets move independently from each other and domestic stocks, so something happening on American soil won’t affect the performance of stocks in India, for example. You should diversify within an emerging markets portfolio as well by buying funds/stocks in a number of countries.

If the U.S. stock market isn’t performing well, overweighting a portfolio in international holdings is an option.

On the other hand, in recent years, emerging markets have had a higher correlation to domestic stocks. It’s best to review the performance of investments you are considering to see if they move in tandem or separately and make a decision based on that.

Of course, there are risks associated with emerging markets. Some are inherent in developed nations as well, but to a higher degree. They include: weak currency, inflation, liquidity, political and geographic limitations.

You can invest in emerging markets by selecting specific companies in a region, although these will be quite small and volatile. A better way would be to use a mutual fund or ETF, or combination of the two. Another way to invest is to purchase the stock of multi-national companies that manufacture products that a specific market consumes. It could be related to food, energy, steel, etc.

Amid a bumpy earnings season, investors are worried about trade wars and China and dampened corporate earnings. But with this overnight trading system, your profits don't depend on earnings going up or down.

Surprise! These Are Now the World’s Best Dividend Stocks

Most American investors are nearly exclusively focused on U.S. stocks. Now, ignoring international stocks could be a costly mistake.

Learn how to invest in Cuba at discounts of up to 20% of market value and earn high-yield income of up to 15% while doing so.

The Best Ways to Invest in India, a Hotspot for Growth

U.S. companies are lining up to invest in India, and you may want to consider it too. India is one of the fastest-growing economies in the world.