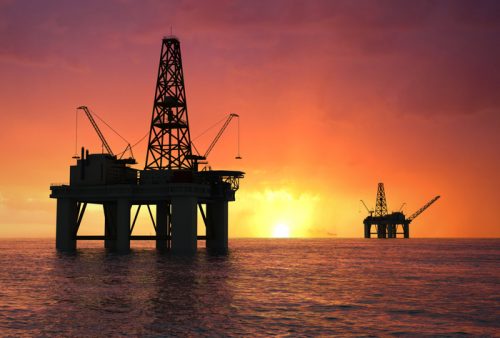 I get many questions on how to invest in the oil sector. Learn about my favorite income strategy, the stock rental royalty strategy, and how you can profit now.

Dan Mills Commodities Commodity Prices
It’s been my opinion lately that economic recovery in the U.S. is very much in the hands of foreign governments. The basic theory goes like this: the recovery so far has been the result of cheap money and government assistance. When that assistance ends, economies will be left to stand on their own. And that may not be such a good thing.
At the recent G-20 meeting over the weekend of November 7 and 8, central banks around the world pledged that they would keep stimulative monetary policies in place. Investors loved that news and launched the Dow Industrials firmly above 10,000 on Monday, November 9.
But now, barely two weeks later, the European Union is already backtracking on that G-20 statement.

Ian Wyatt Markets
The Dow Jones Industrials has come within 68 points of my 10,500 target. And while stocks have made another strong push higher over the last two weeks, I notice that volume has been getting lighter during this last move. Now, I’m not sounding the "abandon ship" alarm. But volume is something to watch as an indicator of the rally’s health.

The Race to the Bottom

Don’t be fooled by Europe’s consistent demand that the support a stronger dollar. Or ‘s threats to create a new reserve currency. Or President Obama’s insistence that let the yuan strengthen. World leaders are all playing the same game: trying to have the weakest, most competitive currency. It’s a race to the bottom…

Ian Wyatt Markets
If you want some solid insight into why the Fed continues to say that interest rates will remain low for quite a while, just look at this morning’s wholesale inflation number.
The Producer Price Index rose just 0.3% in October, less than the expected 0.5%. And if you exclude food and energy, the so-called Core PPI was actually down 0.6%. In September, the overall PPI dropped 0.6%.
For the trailing 12 months, the prices at the wholesale level were down 1.9%.
This is sobering news. For all the hope that the U.S. economy is recovering on the path to growth, the fact that prices are still falling is a pretty strong counterpoint. We are still faced with deflation.
Clearly, unemployment is the biggest factor in driving prices lower and keeping inflation in check. There just isn’t enough consumer demand to support prices – even at this stage of recovery and with the amount of liquidity that’s available.

The U.S. economy is still vulnerable. It seems highly unlikely to me that inflation is the shock that will threaten economic growth. Higher energy prices or another downturn for real estate are probably the biggest threats.

Gold Versus Silver on a Weakened Dollar

Ian Wyatt Markets
The headline retail sales number for October came in better than expected, up 1.4%. Of course, sales were down more than expected in September, so a bounce isn’t a complete surprise.
Interestingly, it was mostly auto sales that drove the decline in September and the increase in October. Remove auto sales from the numbers and retail sales were up 0.4% in September and 0.2% in October.
Those aren’t big numbers and it’s easy to imagine that they could reverse if there are any new shocks to the U.S. economy. But retail sales numbers are a better measure of consumer confidence than polls like the Michigan Sentiment Survey, especially when people are making long-term commitments like car purchases.
I suspect we can attribute much of the bullish bias in the stock market to rising expectations for holiday spending.
*****President Obama is in China this week. I’m sure you’ll read plenty in the media about how Obama is there simply to reassure the Chinese about the U.S. dollar and our deficit. But it’s critical to remember just how inter-dependent the U.S. and China are.
China is an export economy. Without the U.S. consumer, their economy collapses. China will continue to buy U.S. Treasuries because it’s in their interest to do so.
Also remember that China has been pegging its currency to the U.S. dollar since last year. China knows full well that the U.S. dollar is weak against the euro and the yen. China is deliberately piggy-backing on the U.S. dollar to keep their exports competitive.
So why all the lip service about the relative strength of the U.S. dollar? It seems to me it’s just good old fashioned politickin’. We complain about their human rights and slap tariffs on Chinese tires and steel, they gripe about our currency and deficits. It’s pretty standard stuff…

Current P/E Ratios May Be Misleading

As we came into earnings season, it seemed clear that analysts were far too pessimistic with their estimates for earnings. Yesterday, Bloomberg reported that 81% of corporations have beaten earnings estimates. That’s the highest percentage since 1993…

Ian Wyatt Markets
Fed governors were out in force yesterday, expressing dovish comments on rates. Dallas Fed President Richard Fisher said economic growth and inflation may both be weak into 2011. San Francisco Fed President Janet Yellen started talking about a “jobless recovery” like the one we had back in 2002-2003, and Atlanta Fed President Dennis Lockhart sees a “relatively subdued pace of growth” this quarter and beyond.
All this means one thing – interest rates aren’t going anywhere soon.
And right on cue, gold hit another new high at $1,118 an ounce. I know not many investors think of the move in gold as a bubble, but that’s really what’s going on. There’s no inflation in sight. But low rates are so deeply associated with inflation it’s practically a given in investors collective consciousness that hyper-inflation is right around the corner…

Ian Wyatt Markets
The Fed is playing an interesting game. One the one hand, rates must remain low to fight deflation, encourage borrowing and keep the economy moving slowly forward. On the other hand, rates must eventually rise, but the Fed is also terrified about a steep sell-off in the stock market. Not only would a sell-off undermine consumer confidence, lower stock prices might leave banks in a precarious position due to toxic assets still on their balance sheets.
We’ve talked in the past about how confidence is critical for economic growth. Fed Chief Bernanke and the current administration are both well aware of this. And they are doing their level best to keep confidence high…

Continuing to Find Opportunity in China

We’ve landed in , one of ’s biggest cities.  Not long after touching down, we connected with my brother who flew in from .  He’s been living there for over a year now.

appears to be undergoing continuous growth. No matter where you look, you see cranes in almost constant operation. Old buildings are being taken down and replaced with new ones. Much of the new construction is designed to look like the old, both inside the walled city center and outside of "downtown" near our hotel. Even the strip malls are built to look as though they are 1,000 years old.

I hope you’ve enjoyed my running commentary on over the past few issues. These "travel pieces" provide the opportunity to step back from the daily action in the market. It is always important to take a moment to consider the macro-trends that are playing out around the globe.

I find the cultural differences between the and fascinating. And I also believe that by gaining an understanding of the Chinese culture, and the perspective of its people, we will become better investors in Chinese companies.