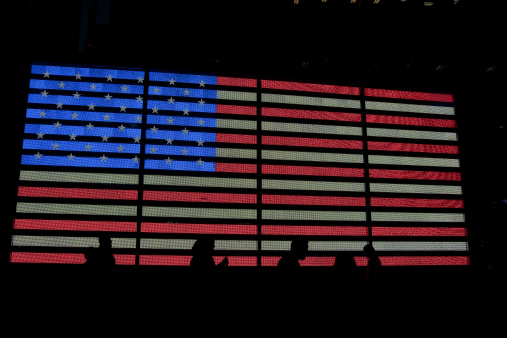 The Standard & Poor’s 500 Stock Index is popularly considered the best general benchmark of the American stock market. With 500 companies in virtually all industries, it accounts for nearly 75% of total U.S. stock market value.

Launched in 1957, S&P 500 stocks represent large U.S. companies, including familiar names such as Apple, Exxon Mobil, General Electric and Google. The index is widely followed by money managers, researchers and the media. Stock, mutual fund and investment portfolio performance are often compared to the S&P 500.

How stocks are accepted to the S&P 500

A committee selects the S&P stocks based on criteria that include:

S&P stocks are removed from the index if they are involved in a merger, sale or significant change in operations.

It would not be feasible to purchase all 500 S&P stocks, but there are many mutual funds and exchange-traded funds (ETFs) that can serve the purpose. Vanguard was the first to offer such a product and the Vanguard 500 Index Fund (VFINX) is a popular choice for investors seeking exposure to all S&P stocks.

ETFs can also provide an easy investment in S&P stocks. Exchange-traded funds are like mutual funds, but are traded throughout the market day just like stocks. Mutual funds are priced and traded just once per day. S&P stock ETFs include SPY, IVV and VOO.

America’s second most populous state just legalized cannabis. With 28 million people – this opens up a huge new cannabis market. And one “all American” company plans to lead this new market. Click here now to claim Pre-IPO shares for just $1.25. Now, I’m not talking about recreational or medical marijuana . . . Texas … END_OF_DOCUMENT_TOKEN_TO_BE_REPLACED

American cannabis companies are doing a booming business. Learn how to get in on the #1 CBD company before it launches its IPO.

CBD sales in the U.S. could surpass $20 billion within five years as the legal cannabis industry soars.

Amazon now sells 6,000 CBD products on its site. And this CBD company, one of the sources, is going public for just $1.25 per share.

Where can you double your money – in less than a month? I’ve identified five upcoming cannabis stock IPOs that could be winners.