I started writing the Resource Prospector over a
year ago.

Back then, folks were saying the bull market in
commodities was coming to an end. As proof or evidence, they pointed to
the price of gold, which after peaking at around $1200/ounce in late
2009, dropped to below $1100. 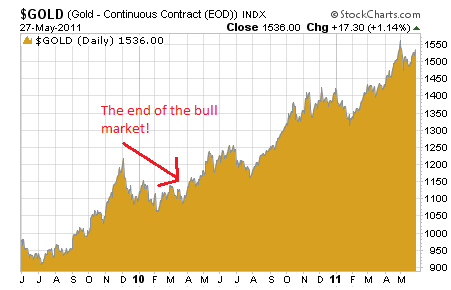