Fuel costs are the largest single operating expense that modern airline stocks face. In fact, Spirit Airlines (Nasdaq: SAVE) spent more on fuel in the third quarter of 2014 than it did on aircraft rentals, airport fees and employee salaries put together. 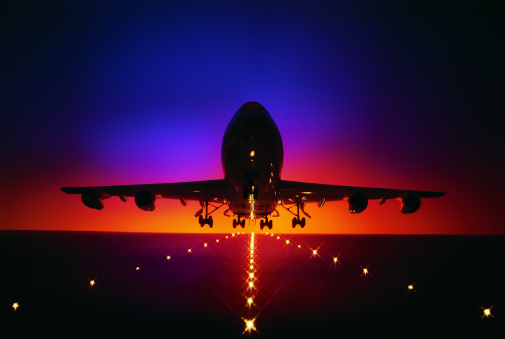 It makes sense, then, that an environment with increasingly cheap oil would be incredibly positive for airline stocks. Certainly that was my argument in November when I first discussed the topic of cheap oil’s effects on airline stocks.

Oil prices have been declining sharply since the summer, trading around $50 per barrel today compared to $115 per barrel in the middle of June. That’s a decline of roughly 60%.

There is no doubt that cheap oil is boosting airline stocks. But by how much?

There are a few other factors in play.

For starters, fuel prices have yet to fall nearly as far as oil prices. While oil is down around 60%, the price of jet aviation fuel is down around 50%. But much more important than the discrepancy between falling oil prices and falling fuel prices is the hedging strategies that airlines use.

Today’s major airlines use hedging strategies to shield themselves from the full effects of rising fuel prices. This is a major part of their efforts to manage and reduce business risks. But these strategies also prevent them from realizing the full benefits from the kinds of falling oil prices we’re seeing now.

Let’s conservatively estimate that, with jet fuel prices falling by 50%, the airlines’ hedging strategies cut these fuel savings in half. This conservative estimate would result in a 25% reduction in fuel costs, and a 10% reduction in overall operating expenses in the case of Spirit Airlines.

Ten percent isn’t 24%. But a 10% reduction in operating costs does affect the bottom line. Even conservative, back-of-the-envelope math points to significant cost savings.

Plus, with consumers spending less to fill their own tanks they have more money in their pockets to spend on things like travel, thus boosting airlines’ top lines. The current environment is, therefore, very positive for airline stocks.

Let’s take a look back at the airline stocks I wrote about in November. Have they benefited as I predicted they would?

Since my Nov. 17 article each of the airline stocks I mentioned – with the exception of Spirit Airlines – has beaten the S&P 500. Here is a chart illustrating the outperformance by JetBlue (Nasdaq: JBLU), Alaska Airlines (NYSE: ALK), United Airlines (NYSE: UAL), and Southwest Airlines (NYSE: LUV).

With the exception of Spirit Airlines, the industry as a whole has clearly outperformed the broader markets over the past two months. I attribute this almost entirely to crashing oil prices. If you look even further back on this same chart to the beginning of oil’s rapid decline, you can see that the outperformance of the airline stocks – including Spirit Airlines – is even more pronounced.

The reality is that low oil prices are probably here to stay for a while until global demand catches up to the global oversupply of crude oil. This is very positive for airline stocks. But with several of these stocks already up 50% in less than six months, I’d prefer to wait.

The market turmoil in October gave investors an excellent opportunity to get into these investments. I expect that before long we will see another market hiccup that gives us a chance to get into these airline stocks cheap.

Until then … be patient.