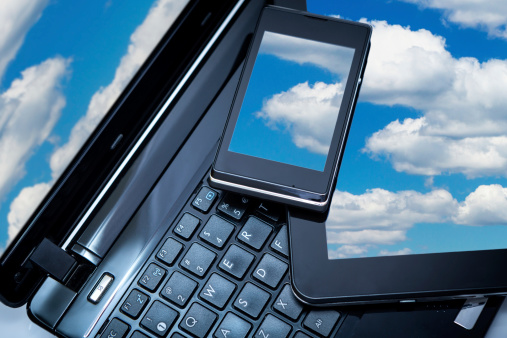 I like companies that are small enough to offer a ton of upside potential, but not so small that they’re completely overlooked by Wall Street.

LogMeIn (Nasdaq:LOGM) is one such gem. It’s based in Boston, MA and it develops cloud-based software that allows people, computers and devices to connect anywhere in the world.

The company’s market cap is $1.1 billion, it has high customer renewal rates of nearly 80% and it’s growing like a weed. Revenue growth through the first three quarters of 2014 was over 30%, and over the last year it has expanded its employee base by 27%.

Like many software companies, LogMeIn offers various levels of its services, typically ranging from free, to premium, to an enterprise version. And this is the case for its main products; LogMeIn, AppGuru and Xively.

LogMeIn allows users quick and secure access to their PC or Mac from any browser, desktop and mobile devices. It also allows file download, sharing and remote printing.

AppGuru is designed specifically for IT professionals, and allows them to manage all the apps that are used within their business.

And Xively is perhaps the most exciting product from an investor’s perspective since it makes the company an emerging Internet of Things (IoT) player. Xively is a platform upon which an organization’s developers can build a connected workplace.

The Xively platform has massive potential. And few people really know about it. But we’re likely to hear more about it in the coming months and years.

For instance, Lutron Electronics, the maker of lighting controls, recently signed on and will use the Xively platform to power some of its connected devices in both home and commercial markets.

Management has recently stated that Xively, and the company’s overall IoT initiative, is the number one strategic priority of the company. That’s a very big statement.

Revenue in each of the first three quarters of 2014 has exceeded 30%. While this revenue growth is impressive, it’s not a new trend. The company has grown year-over-year quarterly revenues in every quarter dating back to 2007, and has grown sequential revenues every quarter save one in 2010.

LogMeIn is a $1 billion company growing revenues at well over 30% and generating a ton of cash. Its profit margins are helping the company stuff its bank account. It ended the last quarter with $196 million, which has prompted the Board of Directors to approve a $75 million stock buyback program.

The company is growing off of a stable revenue base that has proved durable even through the 2008-09 recession, in large part because the products are easy to use, solve a pain point and are affordable.

With a refreshed product mix that includes premium only services (LogMeIn) and a potentially huge IoT platform (Xively), LOGM’s growth is accelerating now, and likely to keep growing over the next two years.

I see LogMeIn as a cloud stock to buy and hold for the long-term.

The one secret Apple investors would love to know

Apple is a great company. Its products have revolutionized the way the world works and communicates. No small feat. Yet there’s one small secret that Apple hopes never becomes public. See, there’s actually another company behind all of Apple’s successes… and this company’s stock jumps five times higher than shares of Apple – every single time Apple launches a new product. If Apple investors new about this – there’d be a stampede for the door. I’m sure CEO Tim Cook want’s to quash this info – but you can get all the details right now – by clicking here.