This phenomenon is seen every time a new U.S. president is elected: Wall Street searches for the sectors that will benefit the most from the new president’s expected policies. 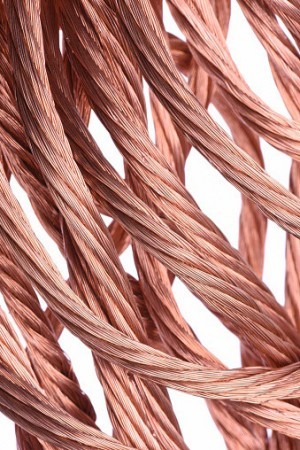 In the current case, it is very apparent that one of President Trump’s top priorities will be to rebuild our nation’s deteriorating infrastructure.

In his victory speech, Trump said, “We are going to fix our inner cities and rebuild our highways, bridges, tunnels, airports, schools, hospitals.” Estimates vary on what a Trump administration might spend – from $1 trillion to $10 trillion – on infrastructure over a 10-year period.

Either way, one obvious beneficiary of this Trump plan is a commodity that has gone steadily down . . . until Trump was elected, that is. The commodity in question is. . . . .

Copper did nothing for the first 10 months of 2016 (except go down) as bearish traders expected a global economic slowdown.

But then Trump was elected and these traders were caught wrong-footed. They were forced to reverse their bearish bets on copper.

This short-covering, and a wave of new buying, pushed copper to its best weekly performance in five years a couple of weeks ago. In fact, the price of copper rose for 14 trading days in a row – the longest such streak in at least 28 years! The price hit $2.55 per pound, the best level in 17 months, after roughly a 20% rise in that two-week time span.

All of these industrial metals were swept up in the so-called “reflation trade.” That trade is a bet that both economic growth and inflation are finally on the rise.

Demand and the China Factor

As usual, though, for commodities, the longer-term price trajectory will be determined by supply and demand fundamentals.

On the demand side, in addition to Trump’s build-out of infrastructure, we will need to monitor Chinese demand. China was the driving force behind copper demand for the past decade. It is now the biggest consumer of the red metal, accounting for over 40% of demand.

And here the picture looks good. Imports of copper into China are up 31% year-on-year. The International Copper Association (ICA) believes China’s current five-year plan (2016-2020) will support a 15% rise in copper demand.

A highly respected consultancy in the metals sector, CRU Consulting, raised its forecast for copper demand next year to 3.5% from 1.9% largely thanks to China.

One reason behind the optimism of both firms lies in the fact that China is making a major push into renewable energy and electric cars. Some estimates are that, to generate a megawatt of wind energy – which can power about 500 homes – it takes more than three metric tons of copper.

China’s push toward electric cars is another factor.

The average battery-powered electric car uses about 80 kilograms of copper – four times as much as a conventional vehicle! The copper is used in the key parts of the vehicle: the engine (about 40%), the battery (about a third) and the wiring harness (about a quarter).

On the supply side for copper over the short term, there is disagreement. Some say copper will be in surplus next year for the first time in eight years. Others – such as the International Copper Study Group – disagree, saying it will remain in deficit with no increase in supply.

But longer term, the outlook is good. In other words, supplies will dwindle. In fact, consultancy Wood Mackenzie says global copper mine supply will peak in 2020.

I suspect they are correct. That’s because it takes at least five years to bring a mine into production. And that’s assuming no delays caused by politicians, environmentalists, labor disputes, etc.

And here the record speaks for itself. About 25 copper projects globally have been delayed by about two years and another 30 projects have delayed by as much as six years.

So don’t expect a lot of copper to be brought online quickly, even if demand surges.

This bodes well for the companies producing copper and their shareholders. Higher copper prices will boost the profitability of their mines.

The subsequent rise in cash flow will help these companies that suffered through the toughest three years — perhaps ever — for the industry. The increased cash flow will allow them to not only pay down debt, but also to resume or raise their dividend.

Don’t listen to those that say copper can’t go any higher. The price is still down about 50% from its peak in 2011 when all the talk was about China and the commodity “supercycle.” So there is a lot of room to the upside.

Investors have several options to play this rebound in the copper price.

Any of these are a good play on the build-out of infrastructure worldwide as new leaders like Trump emphasize fiscal stimulus as a way to get their economies going again.