It’s sort of quaint the way investors and the media keep talking about Black Friday. See, Black Friday really isn’t much of a big deal anymore. Now it’s all about Cyber Monday. 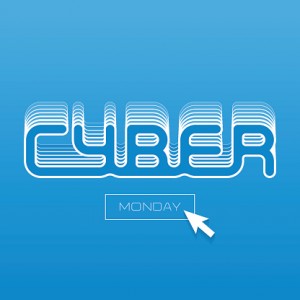 According to The Smart Shopper, a blog from Ebates.com, 42% of Americans plan to shop on Cyber Monday, and 48% on Black Friday. That’s half of the population that moved to Monday. There are plenty of reasons for this, including more discounts found online for toys and travel, and it is so much faster than struggling against the crowds. Also, as the blog says, one of the pros is “virtually zero chance of injury.”

Cyber Monday also appears to stimulate more purchases. You are more likely to spend once you start spending. Last year the average shopper spent $468 on Cyber Monday vs. $309 on Black Friday.

Also, half of surveyed shoppers said they will shop via laptop. That in turn encourages retailers to offer more deals to stimulate more shopping. It’s a virtuous cycle that does not occur with Black Friday.

Besides all this, let me tell you why I think it’s going to be a good year for holiday retail sales on Cyber Monday and what stocks to consider.

Consumer Confidence Index is at 93 and rising. The index hit 99 last year, and prior to that, had not been that high since 2007.

U.S. consumer spending is roaring ahead, following a straight line trajectory up from $10.45 billion in January 2013 and hitting $11.27 billion in October.

After five years of de-levering, American consumers began taking on new debt about 18 months ago and haven’t stopped.

So which stocks stand to benefit on Cyber Monday?

Oddly, I think Best Buy (NYSE: BBY) may do well. While I think they will do very well on Black Friday, I still think there are many people who go into the store to check out the goods, then come home and buy them. I think Best Buy is watching Amazon.com’s (NASDAQ: AMZN) pricing and will look to be competitive.

I think Macy’s (NYSE: M) may do OK this year. We are seeing some of the luxury stocks struggle, so it may mean that wealthier folks are downgrading to the mid-level retailers. Macy’s is always an attractive experience because it routinely offers  boatloads of coupons on top of store sale prices. As a mid-level retailer, it also has a lot of very nice stuff for many segments of the home.

Finally, you have to be looking seriously at Amazon.com. Whatever else it may be, it is the ultimate retailer. With its Prime product, all shipping is free, and you get your goods in two days, all for $99. That only serves to stimulate people to stay at home to shop. Shipping costs can often offset what one may save when shopping online, but not with this plan.

If you want to play it safe, then head over to an ETF. The iShares Dow Jones US Consumer ETF (NYSEArca: IYC) has all of the biggest consumer names, and is about as safe a play as you’ll find.