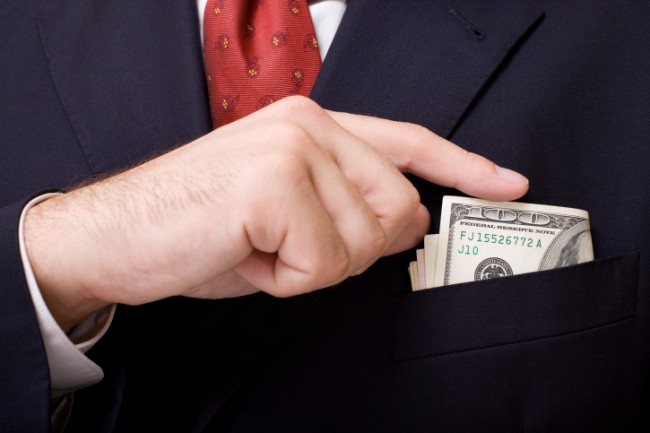 Cash provides a huge buffer to business or economic struggles.

When people talk about defensive stocks, they often refer to businesses that still do well in bad economic times because people will still need their products.  That’s becoming less and less true as dollar stores and online businesses continue to grow.  Being able to operate on thinner margins is tough for any company to compete with.

That’s why, on the subject of defensive stocks, I prefer stocks with huge cash positions and little debt to service.  If times get bad, a company with little debt won’t have to worry about paying that interest.  That’s why REITs can take it on the chin if they are over-leveraged.

Companies with lots of cash not only can service any debt they have, but they can afford to shift their strategy at the operational level and even spend some cash to retrench and seize market share from stumbling competitors.

Here are three small caps with very little debt, and with cash flow that they can use to either grow or plow into the bank for the bad times.  Remember, small caps have further to run than large-caps and can yield bigger returns over time.

Gencor Industries (NASDAQ:GENC) manufactures, and sells heavy machinery used in the production of highway construction materials, synthetic fuels, and environmental control equipment. That’s the stinky hot-mix asphalt you see on the roads during re-paving, and the entire support system where all that gunk comes from.  It also provides combustion systems that takes various fuels and turns it into usable energy. It also provides heat transfer systems that transfer heat.  It’s complicated stuff, but basically, think “road construction”.  America will always need roads, and they always will need to be repaired.

This little company has $92 million in cash, which represents some $10 per share in cash. The stock trades at only $11.49, so investors are basically getting this business for free.  Also, insiders hold some 40% of shares, which makes their interests aligned with shareholders.  Free cash flow has more than tripled since FY12.

Oak Valley Bancorp (NASDAQ:OLVY) is a small, highly regionalized bank.  It operates a mere 14 branches in California, and has done so for the past 24 years.  I like tiny regionals like this because they tend to be very conservative in their lending, and earn strong reputations in the communities they serve. Considering how many banks did not survive the financial crisis, it says a lot that this little one did.

Oak Valley handle all kinds of personal and commercial transactions, including lines of credit, but obviously stayed away from toxic mortgages.

Oak Valley has $235 million in cash and no debt.  Cash flow is modest and fluctuates quite a bit, but the bank has virtually no capex.  So as long as it tends to its knitting and remains careful in its growth plans, it should continue to expand modestly.

First Cash Financial Services (NASDAQ:FCFS) is a company I’ve followed for over ten years.  It has brilliantly transitioned from being a domestic  pawnshop operator and payday lender, into being almost exclusively a pawn provider (payday is now only 5% of revenues), and pushed aggressively into Mexico, as have energy companies.   It is the leader in US-based businesses that offer pawn in Mexico.

The Mexican economy is largely cash-driven.  People don’t trust banks.  80% of Mexico’s population is a potential pawn customer vs. 20% in the US.  First Cash offers modern, well-lit, pawn stores that cater to the regular Mexican citizen.

First Cash has always been extremely conservative in drawing down debt.  It only does so to expand by a few dozen stores each year, then uses cash flow to pay the debt right back down.  Although it presently has $200 million drawn down, I expect that number to decrease rapidly.  It has $94 million in cash.

Lawrence Meyers does not own shares in any company mentioned.

It’s one of the best-kept secrets in the market today… an oil company paying out bigger dividends than Exxon and BP. This highly-profitable company rewards shareholders with unannounced “bonus” dividend checks. And it pays them out every quarter. And that’s on top of its regular, scheduled dividends — meaning shareholders are collecting 8 dividend checks a year, all from this one investment. If you’d like to earn some extra income simply by sitting back and collecting these extra dividend checks, then click here to find out everything you need to know.