Every January 1, it’s the same thing. After a month-long binge on Christmas cookies, eggnog and holiday party buffets, I resolve to eat healthier, exercise more and snack less. That first month, I’m usually pretty good at following through on my resolution. But by February, I start to revert back to my same old bad habits. 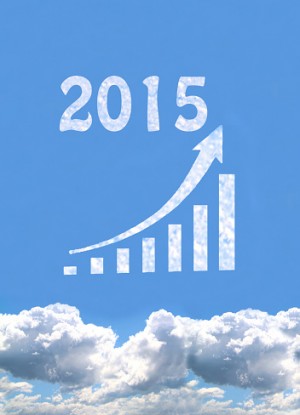 I know I’m not the only one who violates his New Year’s resolution before Valentine’s Day. The reason these resolutions get violated so frequently is because many of us set the bar too high. We try and make too many changes all at once, and after a while, trying to pull off such a dramatic – and abrupt – 180 becomes too overwhelming.

The same is true of investors.

Every New Year, especially if your portfolio performed poorly in the previous year, we as investors set our sights too high. We resolve to double or even triple the market, hoping to make up the ground we lost the previous year in one fell swoop. The thing is – doubling (to say nothing of tripling) the market is hard to do. Really hard.

It’s better to set more modest goals – simply beating the market, for instance. You’re less likely to be disappointed that way. It’s more satisfying to achieve a modest, realistic goal than to set an unrealistic one and stress out when you fall woefully short. Believe me – I know.

However, if you’re not one for modest goals, and like to aim for the sky, then we may have found a suitable alternative for you. It’s a strategy based on historic data, not mere speculation. And it’s one that actually has doubled the market over the past five years.

The strategy is simple. It involves picking 10 stocks that share a very specific yet easy-to-understand trait. You only need to hold these stocks for a calendar year, then you sell them.

We have so much confidence in this “market-doubling” strategy that, for the second straight year, we’ve turned it into its own portfolio in one of our premium services. Last year, we formed a portfolio of the 10 stocks that met this very specific criteria in our Million Dollar Portfolio. This year, we’re adding it to our Personal Wealth Advisor service.

What are the simple criteria at the core of these market-doubling stocks? We reveal all the details in a special report we’ve titled, “Market Doublers: 10 Stocks to Buy and Forget About in 2015.” To read the report and discover this market-doubling strategy, click here.

If you’d prefer to set more modest investment goals for 2015, I for one fully understand. It’s better to be realistic than to set yourself up for disappointment.

However, if you want 2015 to be a big year for your portfolio, I highly recommend reading this report. You’ll be amazed at how simple – and logical – our market-doubling strategy is.