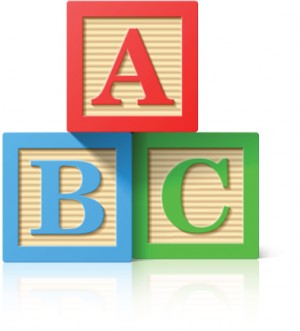 News broke Monday that Google (NASDAQ: GOOGL) will be dramatically reorganizing its many diverse business units.

While there are certainly some in the market who are focusing on the potential downsides to this major shakeup, I consider Google’s Alphabet reorganization to be a very strong long-term move for the company. And, judging from the 4% surge in shares Tuesday following the announcement, I’m not alone in this opinion.

Below is a graphic that illustrates the new structure of what we know now as Google. Business Insider put this together on Tuesday: 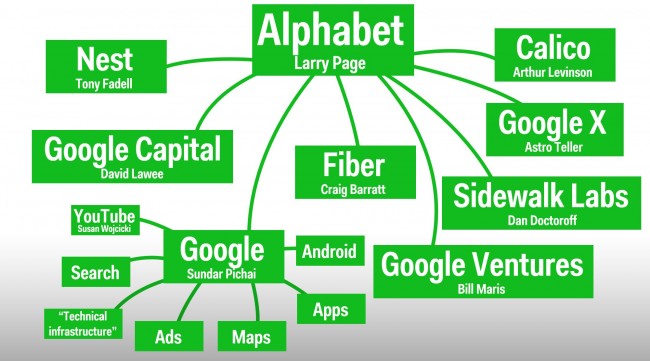 As you can see in the graphic above, the company intends to split into eight separate divisions. As part of the Google restructuring, Page announced that rising star Sundar Pichai will become the CEO of Google – that is, the businesses that will remain under the “Google” name.

It’s Up to Pichai

While many of Google’s more outlandish businesses will move elsewhere, Pichai’s role cannot be understated. As The Wall Street Journal notes, “He will oversee nearly all of the $66 billion in annual revenue of the soon-to-be-renamed Alphabet Inc., including the world’s leading online-advertising engine.”

A protégé of Page’s, Pichai has been given more and more responsibility at Google in recent years. Now in his eleventh year with the company, Pichai will have oversight of Google’s core product lines such as YouTube, Search, Android, Mobile Apps, Maps, Google’s technical infrastructure and the company’s advertising group.

There are many reasons to like Google’s Alphabet reorganization.

Though I highly doubt that Google would spin off any of its businesses anytime soon, it certainly doesn’t hurt to have its businesses separately packaged and ready for acquisition.

This concept of smaller and somewhat autonomous business units with carefully selected CEOs at the helm is somewhat Warren Buffett-esque. Warren Buffett selects and grooms management teams almost as much as he selects acquisition targets. Meanwhile, the structure of Alphabet is being compared to that of Buffett’s Berkshire Hathaway (NYSE: BRK-B), with some headlines proclaiming Alphabet to be the “tech Berkshire Hathaway.”

Frankly, I rather like the comparison. Though Warren Buffett would likely never want to invest in any of Google’s various innovative lines of business, he would have a hard time arguing with the way that Google uses the cash it generates to make new – and occasionally huge – investments. The only difference is that, instead of investing in more boring and stable companies, Google is constantly investing in the next generation of technology and products, as well as in industries that don’t even exist yet.

The Google restructuring may very well be what CEO Larry Page says it is – a move that frees up the responsibilities of himself and Brin so they can increase their capacity to “continue to scale our aspirations.”

As businesses like Google X, Nest and Calico begin to mature, it will be a huge advantage for them to have the autonomy of individual units but the resources of Google’s talent, experience and deep pockets to build successful businesses.

I like Google’s Alphabet reorganization because it should allow Google to focus its broad range of efforts more clearly while giving investors increased insight into the company’s operations.