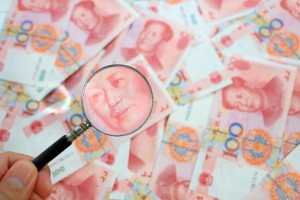 It used to be that China’s economy grew by over 10% a year. But in the last quarter, it only posted 7% growth. That would be considered rapid expansion in many of the world’s economies, but not for China. There, 7% is downright slow.

At the same time, China’s stock market is crashing. It has declined by 20% since the middle of the year (it’s still up 13% year-to-date).

In the U.S. a 20% market decline would put a big dent in consumer confidence, especially for big ticket items. China’s consumers aren’t all that different, and this earnings season suggests that the market crash is hurting many companies active in the country.

But not all of them. And that’s why I think it’s so hard for investors to really understand, and anticipate, the potential impact of China’s economic slowdown on their stock holdings.

For example, I cover two growth stocks that have some exposure to China. One sells water-related equipment such as purifiers and high-efficiency heaters; the other sells healthy food and beverages. Both of these companies are performing well in most areas of the world, even in China.

I think they’re doing well there because they sell goods that are in high demand by Chinese citizens, regardless of what the market and economy are doing. Food – and healthy food at that, including dairy – is undeniably important, as is clean water.

If you’re interested in learning more about the company selling water purification technology in China, and elsewhere around the globe, click here.

On the other hand, companies that sell more discretionary goods that carry a higher price are struggling. Just look at Volkswagen Group (OTC: VLKAY), the world’s largest automobile manufacturer.

Volkswagen Group owns the premium and ultra-luxury auto brands Audi, Porsche, Bentley and Lamborghini, as well as the motorcycle company Ducati. It also owns mass-market brands Skoda and SEAT, which are primarily aimed at Spain, Eastern European and Asian markets.

The company generates more sales than any other auto company in the world. But it’s struggling in China, and management doesn’t see a light at the end of the tunnel. It’s also not the only auto manufacturer to cite growth concerns in China.

The entire industry is basically saying the same thing about the world’s largest auto market, and they’re cutting prices to try to maintain sales. The onset of the slowdown has been faster, and more severe, then most analysts expected, including me.

I liked Volkswagen just a few short months ago. At that point I saw as much as 20% upside in the stock, given that it was trading with a current-year price-earnings ratio of under 10. Management has recently increased the dividend, the Audi and Porsche brands are extremely profitable, and the core VW brand has a lot of potential to grow sales in the U.S.

But along with many in the analyst community, I underestimated the impact of a pullback in Chinese consumer spending.

Credit Suisse (NYSE: CS) estimates that on a constant currency basis the year-over-year decline could have been over 30%, which would make it a much more rapid decline than that suffered by many competitors. After Volkswagen reported, Credit Suisse lowered its price target on the stock by 9% to $183.

It’s hard to proportionally link Volkswagen’s woes to either a decline in economic growth or the market’s crash. There are likely company-specific factors at play too.

But clearly, there is an issue there, and for most investors it’s far easier to stay away from the company altogether than try to sort out if and when there will be some sort of recovery in China.

Diamonds in the Rough

In contrast, other companies, such as the water-treatment company I recently recommended to Top Stock Insights subscribers, enjoyed 15% sales growth in China in the last quarter. Again, I think this is due to differences in the type of product: one is discretionary and high priced (cars); the other is much more of a necessity, and has a lower price point (water purifiers).

The takeaway message for investors is that China remains a murky and complex market to directly invest in. But even with growth slowing, a 7% expansion rate is still attractive to many global companies.

So if you’re invested in companies with global operations, you likely have at least some exposure to China. In my opinion, it makes sense to understand this exposure and make sure you’re comfortable with it.

I prefer companies that have moderate exposure and sell relatively inexpensive items deemed necessary by Chinese consumers. Water purification, water heaters, dairy and healthy foods are just a few examples. And I’m only going with stocks that trade on U.S. exchanges.