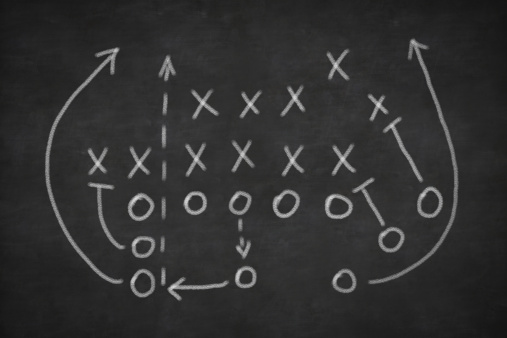 It’s hard to want to buy stocks right now. But that shouldn’t deter investors from building up their watch lists for ideas to buy when they feel more comfortable wading back into the market.

In these times, I typically look for low-risk stocks. Companies that have stable revenues, broad customer bases and strong brands. Generally speaking, these are consumer-related stocks.

And in fact, looking at the Consumer Discretionary Select Sector SPDR Fund (NYSEArca: XLY) shows that these types of stocks are outperforming in this dismal market. The XLY fund is up 4.7% year-to-date, well ahead of the 4.9% decline posted by the S&P 500 over the same time frame. That relative outperformance is a somewhat stunning 9.6%.

There are dozens of solid consumer discretionary stocks within this ETF. And way down the list at No. 43, with a relatively meager 0.5% weighting in the fund, is one of my favorites. It’s a mid-cap company that sells one of the world’s most important consumer goods – underwear.

There are a lot of jokes that can be made about a company that sells undergarments. But putting all of that fun aside, let’s be perfectly honest here – there’s not a single person alive that doesn’t need at least one pair of new underwear. It’s pretty much a universal law.

And when consumers buy, they tend to return to the same brands. Industry research firm NPD Group says that over 60% of men are loyal to their underwear brand.

Look no further than three of the largest global producers for proof that this is a stable trend: Jockey, Fruit of the Loom and Hanes tell the story well.

Though they have all gone through multiple changes, all three brands are still around today. And they’re still selling the same basic thing.

Investors should take note. Warren Buffett certainly did. His conglomerate, Berkshire Hathaway (NYSE: BRK-B) purchased the Fruit of the Loom brand out of bankruptcy in 2002. The Oracle of Omaha’s affinity for businesses with durable demand trends is just another sign that underwear has more to offer than just funny jokes and tongue-in-cheek one liners – it has a ton of profit potential.

And that’s why one of my favorite consumer discretionary growth stocks is HanesBrands (NYSE: HBI).

The chart looks great, up until recently. When HanesBrands reported second-quarter results it stated that there was some inventory destocking and that retail trends were a little softer than expected.

I believe most of these challenges were related to Wal-Mart (NYSE: WMT), though I haven’t been able to confirm that suspicion. Regardless, I expect the challenges to last a couple of quarters at most and then for the long-term story to overshadow short-term weakness.

HanesBrands is a stock that you put in your drawer and leave there. Like the socks, T-shirts, undergarments, sweatshirts and other soft-goods items that Hanes sells, the stock has a place in every investor’s portfolio.

Underwear (the company calls it “Innerwear”) makes up the majority of sales (51% in 2014) while “Activewear” makes up 26%. The company reports “International” and “Direct to Consumer” divisions as well, which made up 8% and 15% of sales in 2014, respectively.

The vast majority of these sales (85% in 2014) come from the U.S., where Hanes estimates that 8 out of 10 households have some variety of Hanes’ products. But international (15% in 2014) is a growing part of the business, having expanded sales by over 50% last year.

The $12.2 billion market cap company was spun out of Sara Lee Corporation in 2006 and went public as a stand-alone entity. Since that time the stock is up over 400%, assisted in no small part by average annual sales growth of 8% since 2009.

While that performance is certainly impressive, in reality Hanes’ stock just started gaining steam in 2011, when operating profits and cash flow took a big leap. Improvements on those critical metrics moved the stock off of many investors’ “watch list” and on to the “must have” list.

I think it’s worth your consideration for both lists right now.

That kind of cash generation allowed Hanes to initiate a dividend payment in 2013, which broadened the appeal of the stock to income investors. Though the initial dividend was a relatively modest $0.05 (split adjusted) per quarter, the company has been able to steadily grow payments to shareholders. Today the stock yields 1.36% and pays out $0.40 a year.

HanesBrands is a true growth and income stock, offering a bit of everything to investors of all stripes.

The primary source of the company’s long-term growth potential is simple: brand power. Men and women are both more inclined to be repeat buyers of basic clothes items from brands they trust. And Hanes has them, from Champion and Playtex to L’eggs, Wonderbra and Maidenform, among others.

Hanes is easily the company’s most recognized brand, for obvious reasons. It holds the No. 1 market position in the U.S. in every category that it competes in. Second in line is Champion, a brand that has persisted for over 90 years in athletic apparel.

Brand awareness not only keeps customers coming back, it also means they pay less attention to the cost of their purchases. Primary drivers of a purchase are brand, comfort, fit and style, in that order. Way down the list is price.

In fact, HanesBrands’ research indicates that over a third of buyers don’t know how much they paid for their own underwear.

HanesBrands has been adding revenue and profit growth through acquisitions, without messing up its already established competitive strengths.

Over the last two years it has made two acquisitions that have added significant revenue and profit growth within a short period of time.

The first acquisition was Maidenform Brands, which it purchased for $580 million in October 2013. This acquisition brought the Maidenform, Flexees and Lilyette brands in house. That purchase added around $491 million in revenue and $51 million in operating profit in 2014 alone from an acquisition that was primarily aimed at increasing U.S. sales.

And in August 2014, HanesBrands acquired its former sister company from Sara Lee, DBApparel.  DBApparel is France’s biggest mass-maker of intimate apparel, and the acquisition brought in well-known European brands Dim, Playtex and Wonderbra.

For $391 million Hanes was able to significantly increase its European exposure, as well as add $291 million in revenue and $27 million in operating profit to 2014 results.

I expect this will be the first of several acquisitions HanesBrands is planning for foreign markets, since the purchase gives it leading positions in France, Spain, Italy and Germany. There is little reason to believe management doesn’t intend to build on this success.

Most recently, HanesBrands added Knights Apparel for $200 million. Knights makes licensed collegiate sports apparel and has exclusive arrangements with the top 50 selling schools. Management believes that once this acquisition is fully integrated it will add over $180 million to sales and $40 million to operating profit.

With the markets a little iffy right now, I view HanesBrands as a relatively conservative growth stock that investors can start building a long-term position in. I expect revenue growth of around 4% annually over the next two years and earnings growth of around 12% annually.

A reasonable 12-month price target is somewhere in the $37 to $40 range, if we take management at its word that second-quarter inventory issues will be overcome relatively soon. There is upside potential over the long-term with more acquisitions likely to come, and I expect the dividend will grow too.