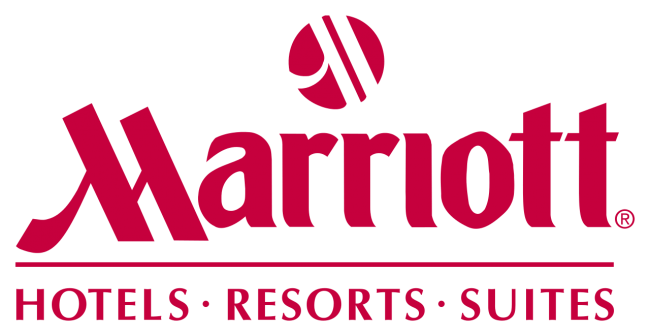 The pending deal would create the world’s largest hotel company, with more than 1.1 million rooms in over 5,500 hotels. The new company will be comprised of 30 brands across all lodging segments, from Starwood’s upscale W to Marriott’s extended-stay Residence Inn.

Other companies could still come in and spoil Marriott’s bid. Hyatt Hotels (NYSE: H) – which was previously believed to be the front-runner – Hilton Worldwide Holdings (NYSE: HLT) and Intercontinental Hotels Group PLC (NYSE: IHG), along with three Chinese firms, are believed to still be interested in Starwood.

The Whys Behind the Merger

This merger and other rumored hotel deals are not really surprising. The hotel sector has seen occupancy and room rates soar above record highs set before the 2008 financial crisis. This year, revenue per average room rose to 13% above where it was just before the financial crisis.

And since these companies today are really hotel managers, not real estate owners, getting bigger is the quickest route to growth.

In the case of Marriott and Starwood, costs can likely be trimmed. The companies estimate $200 million in savings within two years of the deal close.

Size also helps when dealing with the growing power of the big online travel agencies like Expedia (NASDAQ: EXPE) and the Priceline Group (NASDAQ: PCLN). Millennial travelers are big fans of such sites, which last year accounted for 17% of all hotel bookings, according to travel market research firm Phocuswright.

The industry is still highly fragmented too. Even if the Marriott-Starwood deal goes through, the combined company will still only have about 13% of the U.S. market.

Globally, the big 10 hotel companies combined have only a third of the rooms on the market. No hotel company has more than 4.7% of the 17.5 million hotel rooms on a worldwide basis. 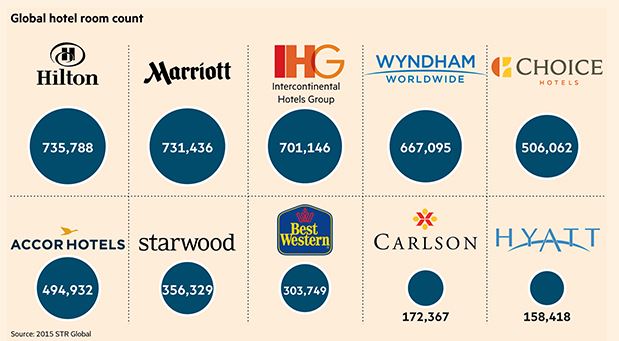 Throw in the Airbnb home-rental factor and hotel companies have even less of the rooms market. Famed real estate investor Thomas Barrack said at a conference earlier this year that Airbnb is “killing” the industry. Airbnb definitely has the advantages of less overhead and regulation over traditional hotel companies.

Even Starwood founder Barry Sternlicht told Bloomberg that the Starwood merger aims to fight “the online travel agents – and also the potential threat of Airbnb.”

I think it’s safe to say this will not be the last deal we see in the hotel space. To me, it makes sense to make room in your portfolio for hotel stocks.

This Merger Is HOT

But what about the specifics of the Marriott-Starwood merger?

First, the combined company will have the world’s largest loyalty program. That is an important factor in attracting corporate travelers.

Next, Starwood has been really good at using social media to attract younger business travelers to its higher-end brands, including W and St. Regis. Hopefully, its social media savvy will filter through to stodgier Marriott.

The aforementioned high-end hotel brands play particularly well in the rapidly growing Asian market. That is important when looking at Starwood, the least American of the big hotel companies.

Less than half of Starwood’s hotel rooms are in the U.S. Of its 360,000 rooms, more than 53,000 are in China alone. And more than a third of its worldwide pipeline of new hotels is in China, with much of the rest in nearby Asia.

In comparison, three-quarters of Marriott’s and Hilton’s rooms, and two-thirds of Hyatt’s rooms, are in the U.S.

No doubt the acquisition of Starwood will hasten Marriott’s move into the Chinese market. It already has hotels in 26 Chinese cities. Over the next several years, Marriott’s management says it wants to be in at least 50 Chinese cities.

There are risks to the deal, of course.

The slowdown in the Chinese economy has raised questions about too many hotels being built in China. And there are always integration risks with any merger.

The bigger risk for Marriott shareholders is that one or more of the other big players – Hilton, Hyatt or IHG – steps in and makes a higher bid for Starwood.

But for now, Starwood shareholders can just sit back and enjoy. Even if no other bidders emerge, this deal is a good one for them.

All the Money, None of the Headaches

Owning rental property can be lucrative. It can also be a big headache—with maintenance, repairs, deadbeat tenants, mortgages and property taxes, for starters. But a few lucky Americans have found their way around all this. They’re collecting fat “rent checks” every month…without owning a single property!