Americans are consuming television in much different ways than previous generations. By and large, they are flocking to on-demand content  ̶  the ability to watch whatever show they want, across networks, whenever they want to  ̶  and aren’t happy paying for high-priced cable packages to do it.

The rise of Internet streaming from companies like Netflix (NASDQ: NFLX) and Hulu led to the bingeing trend, in which consumers watch multiple episodes at once on their streaming devices and smartphones. The latest advancement in streaming television is over-the-top and skinny bundles, which are smaller packages of individual channels that customers can purchase for a lower price each month.

Hulu recently announced it is making a big splash in this business, and in the process, is taking the fight directly to the cable companies’ doorsteps.

According to The Wall Street Journal, Hulu is working on a new subscription-based streaming TV service. Consumers will be reportedly be able to buy a package of channels for $40 per month. Hulu hopes to launch the service as early as the first quarter of next year. 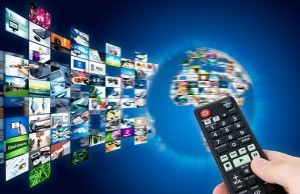 Comcast is in a difficult position. On one hand, it has an interest in keeping the streaming movement down. After all, it stands to lose a lot of customers, and profit, if skinny bundles catch on with consumers.

On the other hand, it owns NBCUniversal. If skinny bundles do become a hit with consumers, it doesn’t want its own networks to miss out.

From Hulu’s perspective, this is huge news. By selling its own skinny bundle, it’s taking the fight directly to the cable companies’ doorsteps.

Winds of Change in Television

Hulu is making a bold move by embracing the changes taking place in the television business. The cord-cutting trend is very real, and Hulu knows it. Consumers are increasingly ditching high-priced cable and satellite TV packages, meaning there is great potential for more moderately priced, slimmer bundles.

In a sense, none of this should be a surprise. For years, cable companies received notoriously poor ratings from consumers in terms of customer service and perceived value. One can hardly blame consumers for being frustrated; it makes little sense to pay for an expensive cable package with hundreds of channels, the majority of which many consumers don’t regularly watch.

This is a visionary move for Hulu, which itself helped build the streaming phenomenon. Going forward, Hulu could take significant market share by undercutting cable and satellite companies.

As a result, cable and satellite television face an uncertain future. Some companies have coalesced to the reality, such as Dish Network (NASDAQ: DISH), which offers its own skinny bundle called Sling TV, for $20 per month.

It seems the path of least resistance for Comcast would be to follow suit, and come to grips with the changing reality. It will likely be a painful transition for cable and satellite companies, as skinny bundles would likely carry lower margins than their current cash-cow bundle packages.

But the alternative is far worse: cable and satellite could become irrelevant over the long term, if the shift to streaming TV accelerates. The good news for investors is that Comcast has prepared for this by diversifying into media with NBCUniversal and its stake in Hulu.

The winds of change are blowing in the television business. The companies that continue to thrive will be those that embrace change instead of denying it exists. Cable, satellite and even the networks need to adapt, as the case of Hulu’s impending streaming service demonstrates.