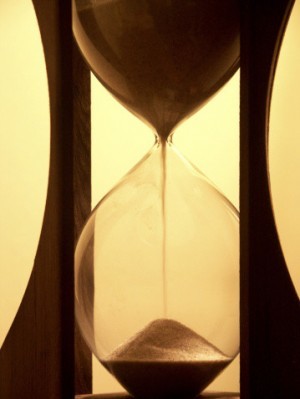 The experiment involved a marshmallow, a child, and a slice of time. Mischel would seat a child at a table and then offer the child a choice of an immediate reward – a marshmallow  – or two marshmallows after Mischel left the room and returned.  Mischel would then leave the room, but the one marshmallow would remain to tempt the child.  If the child waited for 15 minutes until Mischel’s return, an additional marshmallow was given.

Mischel performed a number of iterations of the experiment, altering the age of participants, the treat, the diversions, and the number of participants. Mischel’s findings were constant across iterations: In follow-up studies, Mischel and his associates found that the children able to wait longer for the higher reward were more successful later in life by most conventional measures – health, wealth, income, career, and family.

What’s true for the young is true for the old. A research paper recently published in the National Bureau of Economic Research found that older people able to delay financial gratification were generally wealthier (and healthier) than their more impatient brethren.

The paper’s authors surveyed nearly 600 older individuals (70-and-over). They asked each of those surveyed how much money they would want in a year in lieu of $100 now. The graph below shows the amount those surveyed demanded in order to delay gratification. 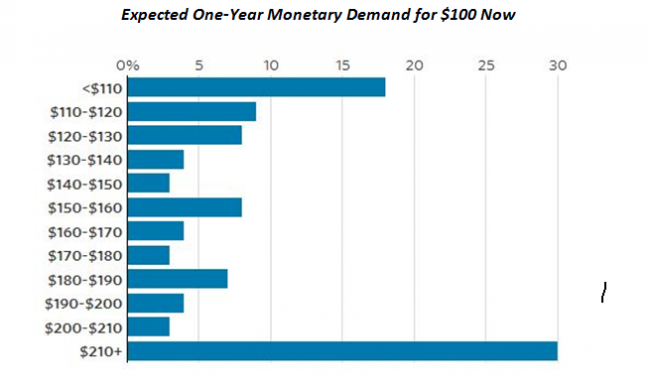 The Austrian economist Eugen Böhm Bawerk observed that a willingness to accept a lower rate of interest in a free market was generally correlated with high intelligence and willingness to delay gratification. In Böhm Bawerk’s day, the second half of the 19th century, interest rates reflected a society’s consumption preferences. If investors were willing to accept a lower rate of return on their investments, you could infer that they had a lower time preference. In short, the society was more future-oriented and more willing to delay gratification.

No example better illustrates my point than a quality dividend-growth stock. Altria Group (NYSE: MO) will serve my purpose. (Many others like it can be found right here.)

Altria Group has been a High Yield Wealth recommendation since September 2011, nearly five years.  I first recommended Altria shares when they were trading around $27. Altria paid a $1.64-per-share annual dividend back then.

The dividend continually increased each year. Today, Altria pays a $2.24 per-share dividend, which yields over 8% on my initial recommended cost basis.  Altria shares have more than doubled since September 2011.

But it wasn’t a linear shot, and it’s rarely a linear shot. Had you lost patience 30 months after my initial recommendation, you’d have forfeited most of Altria’s price appreciation and a meaningful chunk of dividend income. Patience, as the English poets and biblical scholars tell us, is indeed a virtue. It’s also a necessity to achieving income-investing success.