As I always say, we, as options traders, have the ultimate advantage over other investors. 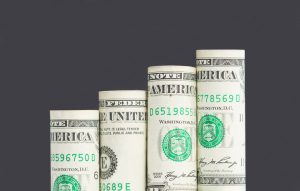 Take for instance the iron condor: an options strategy that thrives when the market goes nowhere. It generates above-average profits when the underlying security remains range-bound for the duration of the trade, which in our case is typically 30 to 45 days.

Here’s my step-by-step approach to iron condors in basic terms.

The basic premise of the iron condor strategy is easy. You choose the price range of the trade. Increasing the range will decrease your potential profits but will increase your likelihood of success.

I typically like to start with a trade that has a probability of success around 80%, if not higher.

Next, I take a look at the put side with the same goal in mind: a probability of success of around 80% or higher. However, since I am bearish on the market over the short term, I want to increase my probability of success slightly. I’ll have to forego some of my potential return to do so, but it’s a reasonable approach given my view on the market.

At 87.01%, the June 18th 374 puts work. If I were to go with my typical 80% probability of success, I would need to sell the 387 strike. But again, in this example I want to take a more conservative approach, so adding a $13 margin of error to increase my probability of success by roughly 7% is worth foregoing an additional $0.15 to $0.25 in total premium on the iron condor trade.

So, right now I have my starting range of $374 and $432 established. Obviously, I can alter it as needed, but first I want a good base for my iron condor trade.

The probability of success on the trade is a staggering 81% on the upside and over 87% on the downside. I like those odds.

I typically manage the trade by taking a loss if the spread increases to roughly double the premium sold. I want to keep my losses small, knowing that I can make up for the loss if all goes well in the next trade.