Leon Cooperman is not a household name, but for those in the hedge fund community, he sure is. For nine years running at one point, he was voted the top portfolio strategist in the Institutional Investor All-America Research Team Survey. 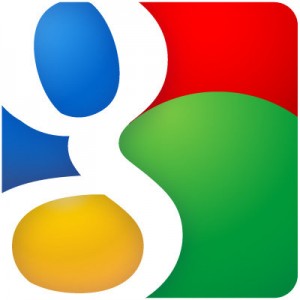 So it’s always interesting to see what ideas he comes up with at the annual Sohn Investment Conference, which attracts all the big hedge fund managers. The most recent Sohn conference was held last week at Lincoln Center in New York City.

One of Leon Cooperman’s top stock picks this year is also one that I like: The Priceline Group (NASDAQ: PCLN). There are several secular trends at work favoring Priceline. For starters, the travel and leisure industries are booming. You can take one look at the airlines and see that.

Well, that also means that whoever is selling airline tickets is doing well. All the people traveling on airlines have to stay someplace, so that means hotels are doing well. That also means they need rental cars, and everything else that goes along with travel.

Priceline closed Tuesday at $1,183 per share. It has $57 per share in cash, giving it an effective price of $1,126. Prior to issues regarding currency exchange, Priceline was growing earnings per share at almost 20% per year. That means that on fiscal year 2015 expected earnings of $56, the stock would be trading at 20 times earnings, making it a terrific GARP (growth at a reasonable price) stock.

It’s not that I dismiss currency issues, but I’m looking at organic growth after backing out currency exchange, and I see very robust growth across the board. I think this makes Priceline a buy, especially considering that the online travel website world is getting smaller and smaller, and Priceline is the gorilla.

Cooperman also owns Google (NASDAQ: GOOGL). Speaking of gorillas, Google is certainly a million-pounder in that category, and you want to hold the beast in a sector if you can. There’s no doubt that Google is basically conquering the world and has enormous influence on everyone’s daily lives – even uncomfortably so.

It’s difficult not to have Google in your portfolio, but let’s see if it at least makes sense from a value standpoint.

Google has $56 billion in net cash, or about $52 per share in cash, giving it a current net effective stock price of $486 per share. It is, of course, a free cash flow machine, generating $11 billion last year alone.

However, its hyper-growth days are over. FY 15 EPS estimates are expected to rise 11% this year and 16% next year, with 15% expected EPS growth annualized over the next five years. I would give Google a P/E multiple of 20 based on its growth, brand name, cash flow and cash on hand. So that would put fair value at $560. Looks like a GARP stock to me.

However, I don’t like Cooperman’s choice of The Dow Chemical Company (NYSE: DOW).

The chemicals industry is generally a good place to be over the long term, but it is facing public relations headwinds, as the “chemophobia” crowd has the narrative presently. It is also somewhat cyclical and we aren’t in a booming economy right now.