Sometimes it takes the perspective of someone in the trenches to give you information you otherwise wouldn’t have. This can become valuable when you are dealing with a situation involving stocks. 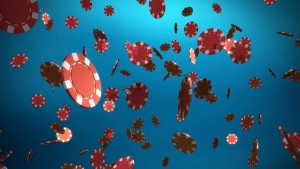 My own expertise happens to be in consumer lending and Hollywood, and having spent years in those sectors, I have sources of information and perspectives other investors do not get. I try to share those perspectives with readers.

Last week, I had lunch with a friend who does a lot of business in China, and has done so for many years. I wanted his perspective on the huge drop-off in business at Macau casinos, particularly by the VIPs. Macau was supposed to be this huge new market for casinos, but instead has resulted in 40% to 60% selloffs in stocks like Las Vegas Sands (NYSE: LVS), MGM Resorts International (NYSE: MGM), Wynn Resorts (NASDAQ: WYNN), Melco Crown Entertainment (NASDAQ: MPEL), SJM Holdings (OTC: SJMHF) and Galaxy Entertainment Group Limited (OTC: GXYEF).

There is one overriding principle to understand about China, he said. “The leaders of China wake up every morning with one thing on their minds: we have to feed, clothe and shelter 1.4 billion people. That is all that matters to them. If they fail to do this, they risk revolution and losing power.”

The Rest of the Story

If regular Chinese people see wealthy fat cats making tons of money via corruption, then there could be an uprising that makes Occupy Wall Street look like a drum circle. Well, it was a drum circle, but the point is that China is so big and there are so many people who would be upset with this, that the Party risks being overthrown if the people get agitated enough.

Thus, the government starts going after corrupt wealthy people. All the other wealthy people, in turn, abandon Macau and high-profile behavior. They keep their heads down. They don’t want to get swept up in the net.

The Way to Play

The reason Macau will recover is because eventually the corruption crackdown will end. The wealthy people will return to Macau, and revenues will rise again. Remember, we are seeing huge double-digit declines in revenues at VIP tables by 20% to 30%. When things improve, that means they’ll roar back.

That will also boost revenues by Asians returning to Las Vegas, who have bailed on popular games like baccarat.

Take Las Vegas Sands. The stock hit an all-time of $88 in early 2014 and is now 40% off that high. That’s a mild drop compared to others. Las Vegas Sands got lucky because it managed to diversify its properties into other jurisdictions. It also has the benefit of generating huge amounts of free cash flow as a result, allowing it to shore up its balance sheet.

Las Vegas Sands is just one of many ways to play a Macau recovery. Perhaps the best way is with a stock that was recently added to the Personal Wealth Advisor Total Return Portfolio. Just click here now to get all the details on this investment opportunity.