Last month, I wrote that 2015 could be the year of the big bank breakups. The focus was, of course, on JPMorgan Chase (NYSE: JPM). 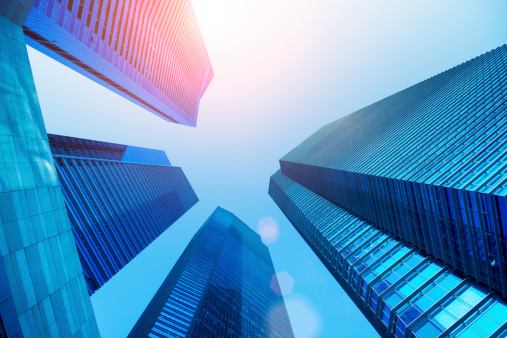 There are a couple ways a breakup could work, whether it be cutting the bank into a consumer and investment bank or breaking it up based on geography.

Even still, CEO Jamie Dimon continues to maintain that JPMorgan is just fine being a large bank. In fact, it gives it a necessary advantage when servicing its customers.

Then, news hit last week that JPMorgan was dubbed the riskiest bank to the U.S. economy, should the bank fail. This is according to the Treasury Department’s Office of Financial Research.

The bank scored the highest in terms of complexity and interconnectedness, but was also called out for having “spillover risk,” related to its foreign asset exposure. That means if JPMorgan had a large loss on its foreign assets, it could impact (read: “spillover into”) the U.S. financial system.

With that, a new wave of breakup talk came to life. Dimon hasn’t missed a step, however. At JPMorgan’s annual investor day this week, Dimon touted the benefits of working with a bank that has the global presence that JPMorgan commands.

With the pace of change in the banking industry, it could be that JPMorgan is able to innovate to the point that it’s a very different entity in just a couple years. That would make all this breakup talk for naught.

JPMorgan has made the case that a breakup would lead to revenue loss, but also lead to higher expenses. By breaking up the bank, it would need to run multiple instances of compliance teams, corporate staff and technology infrastructure.

But JPMorgan knows that size can hinder growth in some areas. JPMorgan is so big, with so much pull, that it plans to start charging certain institutions to hold their deposits. This comes as regulations are making it too expensive to hold large deposits.

But this is part of a bigger trend of shifting away from conventional banking. It’s shutting down a number of branches this year and doing away with teller jobs. In the meantime, it’s opening small offices for its private wealth business to better cater to more affluent customers.

Consumer loan growth has been tough for the last few years, and the rise of peer-to-peer lending platforms like LendingClub(NYSE: LC) means more competition for an already shrinking loan market.

With that, look for JPMorgan to use its scale to play pivotal roles in the shift to mobile banking and mobile payments — much like it is playing with the rollout of Apple Pay. But more importantly, international markets are still growth areas for JPMorgan. Europe has been a bright spot with emerging markets holding serious potential longer-term.

When you think about the stock price and JPMorgan from an investment perspective, it’s really about weighing the risk and reward — as with any investment.

On one hand, you have regulatory pressures. Dimon has noted that JPMorgan is catching heat from regulators left and right. He also expects to continue having to pay “abnormal” legal costs over the next couple years as regulators try to smooth out regulations related to preventing another financial crisis.

So, JPMorgan will have regulators looking over its shoulder for the next few years, which will be a cost of doing business.

But you also have a bank that’s compelling from a valuation perspective . . . one with a stock price has been unjustifiably pressured due to negative press related to the cyberattack, mortgage-related settlements, losses due to the London Whale trader and the LIBOR scandal.

For context, shares of JPMorgan has grossly underperformed the likes of Wells Fargo (NYSE: WFC) over the last year. JPMorgan’s stock is up 8% for the last 12 months, compared to Wells Fargo’s 23.5%.

It still has the top dividend yield, at 2.6%, among big banks. Its return on equity of 9.6% has remained industry tops despite regulatory hurdles and legal costs. And yet, JPMorgan trades at price-to-earnings ratio of 11.5, which is below the likes of Wells Fargo, Citigroup (NYSE: C) and Bank of America (NYSE: BAC).

In closing, breaking up the likes of JPMorgan would a monumental feat. It makes more sense for JPMorgan to pivot away from certain parts of the banking market, targeting the faster growing, more profitable areas. That could ultimately make it a very appealing dividend paying stock with growth potential.