One of the biggest stories in the financial markets over the past several weeks is the rising U.S. dollar. The strengthening of our nation’s currency seems like a great thing, and a sign of an improving economy. While there is certainly some truth to that, there is also an unfortunate downside to a strong currency. 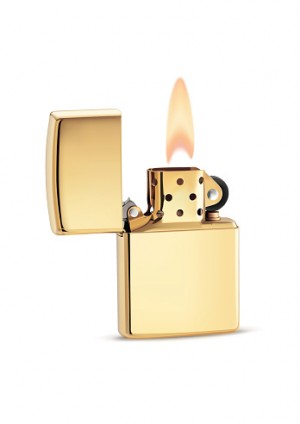 In a way, a rising dollar is a double-edged sword. The U.S. dollar has risen dramatically against other currencies, including the euro, which is actually a big problem for large multinational companies such as Philip Morris International (NYSE: PM). The strengthening dollar makes international sales worth less when that revenue is converted back into the domestic currency.

Because of currency considerations, expectations for Philip Morris International (PMI) – which was spun off from Altria Group (NYSE: MO) in 2008 – were very low heading into quarterly earnings. Fortunately for investors, the company had little trouble hitting estimates. Here’s how it did it.

First, PMI saw volumes come in a bit stronger than expected. Overall cigarette shipments rose 1% last quarter. Not surprisingly, growth was strongest in the emerging markets. Shipment volumes were up 4% in Eastern Europe, the Middle East and Africa. This operating region contains many promising emerging markets that PMI is effectively penetrating.

In addition, Philip Morris International is aggressively cutting costs. The company will not buy back any stock this year. This should free up a significant amount of cash, because it spent $3.8 billion on share repurchases in 2014, and $5.9 billion the year before that. Plus, the company reduced operating costs by $300 million, with further cost measures in place this year.

This helped PMI keep profits afloat, even during a difficult environment. Not only did it fare better than analysts expected last quarter, but the company also raised its forecast for the full year.

Management now anticipates full-year earnings of $4.32-$4.42 per share in 2015. This would represent a year-over-year decline. Again, most of this is due to currency, which management believes will reduce full-year profits by a whopping $1.15 per share. Adjusting for this, currency-neutral earnings are projected to grow 9%-11%, which is actually quite strong.

Investors should take comfort in the fact that even though currency is weighing on revenue and earnings, it’s having more of an artificial effect. Philip Morris International and the Altria division Philip Morris USA hold the flagship Marlboro brand, which remains a top seller. Shipments of Marlboro grew 2% last quarter for PMI, which is a great sign that the brand strength remains intact.

Shares of Philip Morris International jumped 8% in early market trading immediately after the company issued first-quarter earnings before the opening bell Thursday morning. It’s easy to see why. The stock had declined from a high of $90 all the way down to $75 over the past year, and some in the financial media even questioned whether the company’s dividend was in danger.

Now that the results are in, it’s clear that the company is not in as dire position as some might have thought. The stock trades for just 17 times earnings, which is a discount to the market multiple of around 20. In addition, PMI pays a juicy 5% dividend, which is well-covered by profits. The company earned $1.16 per share last quarter, more than enough to cover the $1-per-share quarterly dividend.

The key takeaway from Philip Morris International’s quarterly report is that it’s easy for investors to overreact to currency fluctuations. But it’s important to remember that the currency market is transitory, and that it’s far more critical to focus on the health of the underlying business before selling a stock.