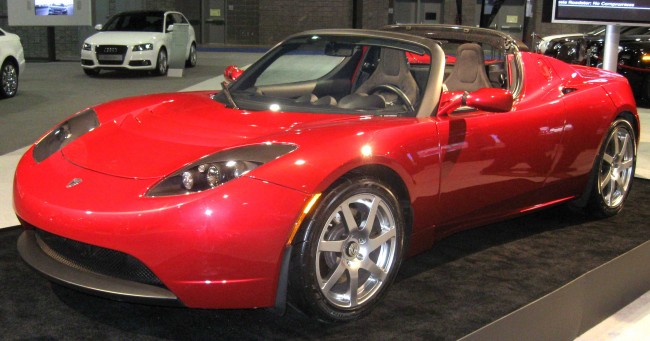 One of the most anticipated earnings reports of the quarter is out, and the news is surprisingly good.

Tesla Motors (NASDAQ: TSLA) reported earnings for the first quarter of 2015 on Wednesday. The company posted better-than-expected results for revenue, earnings per share, vehicle deliveries and vehicles produced during the quarter.

The financial results weren’t the only interesting news to come out of the Tesla earnings report, as we also heard some of the candid – or calculated – commentary that is characteristic of CEO Elon Musk.

First, a look at the numbers.

Tesla reported a loss of $0.36 per share, significantly better than the $0.49 per share it was expected to lose during the quarter. The company managed to beat revenue expectations, reporting $1.1 billion in revenue compared to expectations of $1.05 billion.

Meanwhile, Tesla delivered 10,045 units of its flagship Model S electric sedans during the quarter, slightly higher than the expected 10,030.

The company’s forecasts for the second quarter and remainder of 2015 are as important as the first-quarter earnings figures.

Tesla predicted that it will produce 12,500 cars in the quarter and that it is still on track to deliver 55,000 cars in 2015. The company also indicated that it still intends to begin selling the Model X – an electric crossover-SUV – during the third quarter of 2015.

Beating earnings expectations and reaffirming that Tesla remains on track for its other goals was incredibly important, especially considering that the stock is up more than 22% since the start of the second quarter.

Tesla’s high-profile CEO also left investors with some commentary that is worth considering.

Naturally, Musk discussed the battery packs for use in homes, businesses and by utilities that Tesla unveiled on April 30, which will be produced by a division of the company dubbed Tesla Energy. A recent report by Morgan Stanley analysts suggests that the battery packs could add another $40 to $90 per share to Tesla’s valuation.

What did Musk have to say about Tesla Energy on the earnings report conference call?

“We are basically sold out until next year,” he said, after explaining that demand has been “huge.” He also called it “crazy off the hook” and later said that “it really feels like the stationary storage demand, man, is just nutty.”

Musk noted that Tesla Energy already has received reservations for 38,000 home wall units and 2,500 reservations from business and utility customers. “The sheer volume of demand here is staggering,” he said.

It’s clear from the earnings report, Tesla’s announcement of Tesla Energy and the subsequent analysis and market reaction that things are rolling smoothly for the company at the moment.

Consider that at this very moment Tesla’s lithium-ion battery “gigafactory” is under construction in Nevada, vehicle production remains in line with the company’s stated forecasts, the Model X is due out later this year, the Model 3 is in development, Tesla Energy is blasting off and we’re seeing continued strong demand for the Model S.

Despite lofty valuations and gains of more than 22% since the beginning of April, this earnings report and the company’s recent momentum look to be enough to keep Tesla stock steady.

Certainly investors are hoping the company will grow into its valuation and keep reporting such strong results.