There’s a hidden
tug-of-war happening right this minute. On one side stands a massive and
hugely popular contestant, with millions of fans and groupies.

And this contestant gets bigger every day, every moment,
even. He’s closely acquainted with President Obama. He’s best buds with Nobel
Laureate economist and New York Times columnist Paul Krugman. He and John
Maynard Keynes go way back.

You might know him as ‘debt’ or maybe ‘deficit’ if you want
to get formal about it.

He’s currently facing an opponent that no one really pays
too much attention to. Sure, they’ll pay some token lip service to debt’s
opponent – but c’mon; who is kidding who? Debt is WAY bigger and more robust
than this puny shrimp.

No one wants to admit that it’s the weakness of debt’s
opponent that makes it so much stronger.

That’s because debt is facing off against energy – oil
specifically.

Whether the President or Paul Krugman or Great Maynard’s
ghost realizes it, the United States is already on an inevitable path to
collide head on with an oil crisis.

In the simplest possible terms, higher priced oil will
severely stifle the ability of the United States to service its debt, because
when the time comes, we need oil. Paying down debt will simply not be a
priority.

In the back of their minds, even the staunchest libertarians
hope for prosperity. We hope that we’re wrong, and that Keynes is right.
Prosperity is good! Prosperity keeps everyone employed, successful, fat and
happy – even libertarians. But the truth is the truth. We can hope for peace
while preparing for war.

And while we all
might hope against hope that President Obama and his band of merry bankers
can propitiously indebt us to prosperity, there’s still the little problem of
climbing out of that debt when oil doubles, triples, quadruples, quintuples
in price – and so on. Even if this debt policy is successful, it’s being
formulated under the auspice of relatively cheap oil. There’s no contingency
in this plan for higher priced oil. So even the rosiest estimates for success
leave out one of the most hugely important factors, and so, are inherently
and absolutely flawed.

The problem, to put a name to it, is that growing debt and
shrinking oil reserves creates the opposite of the situation that will allow
the United States to come out on top. Debt can’t ‘overpower’ a lack of oil
supply, no matter how big the debt gets.

That’s the plan from our elected representatives, the
Federal Reserve, the Treasury, the President, as well as Krugman and an army
of Keynesian economists: we will grow our debt to a point that we can fund
any project necessary to drag the economy out of recession.

On one side you have debt. On the other; oil. Unlike debt,
you can’t make oil with a computer. Or print out more oil. And you can’t
“deposit” oil into a refinery. It has to be shipped, piped and pumped from
somewhere, and it takes capital, time and human sweat and blood to get the
oil from point A to point B.

Debt, on the other hand, gets willed into existence by the
Federal Reserve.

I know which contestant I’m rooting for; as I said, nothing
would be better than never-ending prosperity. I have to live in this world,
not just think in it.

But I’m not betting with debt, hope as I might. I’m betting
on oil. Every move the Federal Reserve makes to increase debt makes me all
the more bullish for oil.

And a time will come when the Federal Reserve will make the
decision to try to pay for oil with ever-increasing amounts of inflation.
There won’t be a public vote or a headline in The Wall Street
Journal, but it will happen.

It will happen because the United States consumes much more
oil than it produces.

The only way to protect yourself is to secure a significant
portion of your wealth in gold and silver as well as energy stocks.

Take a look at your
current net worth, and take one minute to roughly estimate its value in terms
of how many barrels of oil you own. If you’re the average American, you
consume about 20 barrels of oil annually.

If you own significantly less than the equivalent of 20
barrels of oil, then you are simply not prepared for the impending oil
crisis.

I’m lucky enough to chat regularly with a person I consider
to be one of the top energy analysts in the business. His name is Gregor
Macdonald, and along with my boss and Chief Investment Strategist Ian Wyatt,
he publishes a service called Energy World
Profits. 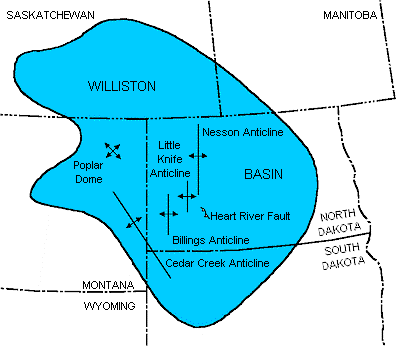 Right now, Gregor and Ian are excited about a handful of
small American energy companies currently producing oil in one of the only
oil-rich locations in the United States: the Bakken formation in North
Dakota, South Dakota and Montana.

I hope you’ll read about this opportunity to invest in
American energy companies by clicking
here now. It’s probably the best way to give your portfolio much needed
exposure to oil.