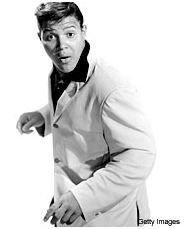 It’s a program that the Federal Reserve may or may not announce today.

The goal, of course, is to stimulate growth, job creation and higher stock prices, I guess.

Long dated loans tend to be for bigger expenses, like cars, houses and other big ticket construction. That’s just because bigger ticket items generally need longer term payments. Most people don’t plunk down cash for a car or a house – so they borrow for a period of time that stretches their payments out to a more comfortable repayment period.

But it remains to be seen if there’s any more fuel in the tank for the American consumer and business to take on MORE long term debt. Operation Twist is just one more increasingly impotent attempt from the Federal Reserve to centrally plan the economy.

And once again, it begs the question, "can anyone successfully plan an economy?"

I don’t think that question has ever been answered with a resounding affirmative – but there are a bunch of people in Washington DC and around the country who will tell you with a straight face that it’s better than the devil we don’t know.

It’s the economic equivalent of the boogeyman. These people claim that we can’t know what would happen if we stopped letting Ben Bernanke and President Obama try to fix the economy.

But we can know.

We also know what tends to happen to centrally planned economies – because every single one of them has failed. What makes this time different? Is Ben Bernanke just smart, prudent, careful and clever enough to pull all the right levers at all the right times?

I have no doubt that Ben Bernanke is a bright guy. I just don’t think he’s the exception to the oft-proved rule that centrally planned economies tend to fail spectacularly sooner or later.

And fortunately for you and I, everything the man does seems to be hugely bullish for commodities.

It will be revealed as our greatest source of hubris when the dollar ultimately fails due to our own mismanagement of the currency.

People will say, "why did they think they could re-write the laws of economics to suit their political needs?"

But before that happens, I think we can expect an ever increasing variety of tactics, laws, taxes, regulations, decrees, proclamations and imprisonments before the end of the commodity bull market.

So tune in your TVs to watch Ben talk today at 2:30 – and be ready for another ridiculous monetary policy to boost your commodity investments.