There's a great deal of debate about the fall of the Roman Empire. You might argue that the Western Roman Empire finally fell when a German "barbarian" by the name of Odoacer deposed the last Emperor, Romulus Augustus in 476 A.D. 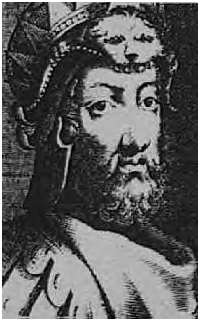 Other people might argue that it was the crossing of the Rhine by barbarians in 405 A.D.  that marked the end of the Empire.

I'd argue that it was the continued devaluation of Roman coinage that destroyed the Empire. Coinage was raided by the central bankers of the time for the exact same reasons central bankers devalue currency today.

The larger point is that there's no clear date cut into stone when the event happened, because like all major events it was characterized more by a series of subtle changes and minor defeats that destroyed the Roman Empire, not one single killing blow.

But if you wanted to hang your hat on a single event that sparked the beginning of the end of America as a place where rugged individualism and personal freedoms were the hallmarks of the greatest increase in the standard of living in world history, you have relatively few hallmark events to choose from.

In just 58 years, the United States went from having an honest money system run by elected Congressmen, to having a fiat money system dictated by unelected bankers. And the end result is a dollar that's worth 1/100 of what it was worth in 1913.

You might be thinking that our nation's demise does not resemble the downfall of Rome – because we're not beset by any serious foreign invaders.

But I'd argue otherwise.

The barbarians of central banking crossed the Rhine into our money system in 1913 with the Federal Reserve Act.

Most Americans are still utterly indifferent if not completely ignorant to this fact, just like many Romans in 405 A.D. had no idea where the Rhine was, let alone whether Barbarians were crossing it.

These central bankers – these statists, warmongers, politicians, bureaucrats, imperialists, globalists – whatever you want to call them – they're here! They occupy our institutions of power. Yes, they pay lip service to our elected officials, but they're running the show.

Just like Odoacer paid lip service to the Eastern Roman Empire, and they to him, it's Ben Bernanke and Tim Geithner who are running the show. They pick the winners and losers – just like Odoacer was chummy with the Roman Senate – and gave land and title to his barbarian buddies.

Our conquerors aren't at the gate. They're on this side of the gate with us.