A man jumped from a 100 floor skyscraper.

It took a while for him to fall, and while he was falling, he took some questions.

"I'm perfectly fine. I feel exactly as good as I did before I jumped. And as far as I can tell, everything is fine. No cause for concern."

And I really couldn't argue with him. I mean, sure he was falling, but there were really no ill effects that I could observe.

A while later, he shot past the 50th floor. I asked him again, "How are things?"

"You know, I feel even better than I did at the 90th floor. I don't get what all the fuss is about. I'm fine!"

The headlines read, "Man still holding steady at 50th floor – no cause for alarm."

Some time later, the man passed the 10th floor.

This time, I couldn't even get a word in.

He said, "Things are fantastic! Honestly, I couldn't be better. All the naysayers are quite wrong. I've been falling for 90 floors, to absolutely no ill effect whatsoever. That should be proof enough that all is well and that there is absolutely no danger. The idiots who say otherwise have been wrong for 90 floors – who would listen to them?"

A very short while later, I saw him pass the 4th floor. The pavement clearly in sight, now accelerating at him, I thought he might have changed his tune. So I asked him, "You've now fallen 96+ floors. There are only a few floors left before you inevitably smash into the pavement. Do you have any concern at all about your well being?"

He answered with a laugh, "My friend, you are a fool. You're correct that I've fallen 96 floors. But look: I've fallen for so long, and yet I'm no worse for the wear. I don't know who you've been listening to, but the worry about how far I've fallen is a moot point until such a time that I do hit the pavement. But while falling, I'm safe. It's not likely that I'll hit the pavement any time soon. Relax. Enjoy yourself. Go shopping. Buy a house. Do not worry!"

Today the falling man is still falling. And that's good enough for many people. In fact, the idea that he's still falling is ALL of the evidence that most people need that things are ok.

They're not preparing for the time when he will hit the pavement. They will likely only BEGIN to think about it AFTER he hits.

Don't wait until the man hits the pavement. By then, it will be too late. 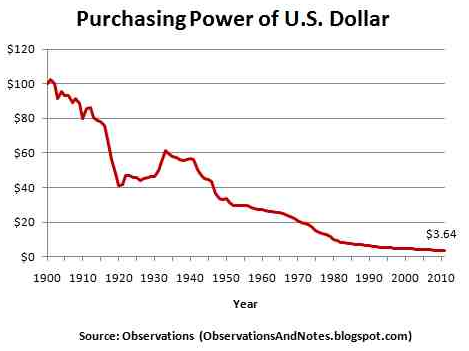