It is just a matter of math

But unfortunately for him, the math does not add up in his favor. Here’s why…

In the best possible scenario, the federal government will collect about $1.2 trillion in income tax receipts for 2012. I’m being generous. 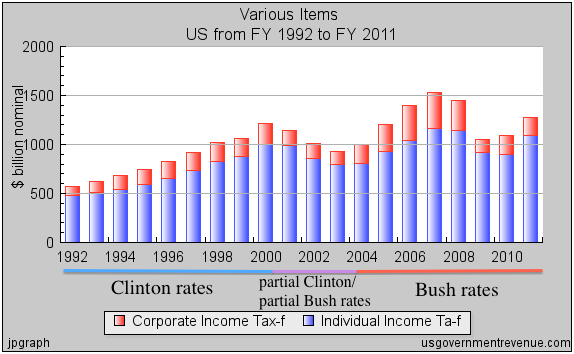 So just using the most basic math – if we double income taxes on EVERYONE next year (not just the rich) the federal government might hope to collect $2 trillion or more in 2013. That would mean about an additional trillion dollars in tax receipts.

The problem is, our annual deficits are MORE than $1 trillion. That doesn’t begin to speak to our national debt – which is currently over $16 trillion, and which currently costs us billions every month just to pay the interest…

And moreover, Obama isn’t talking about doubling taxes on everyone. He’s talking about raising taxes a little bit on a small portion of the population.

The additional projected tax revenue amounts to an extra $100 billion a year – and I’m being generous.

But the OTHER problem is that raising tax rates has not been proven to raise tax revenues.

I know that sounds confusing – but it’s true. Raising tax rates has NO HISTORY of increasing revenues. That’s because people aren’t stupid. They won’t make the same choices with regard to income and investments if their taxes change. They’ll change their behavior to avoid taxes or to shelter their income in some way.

Some people already have begun to change their behavior… more on that in a second. 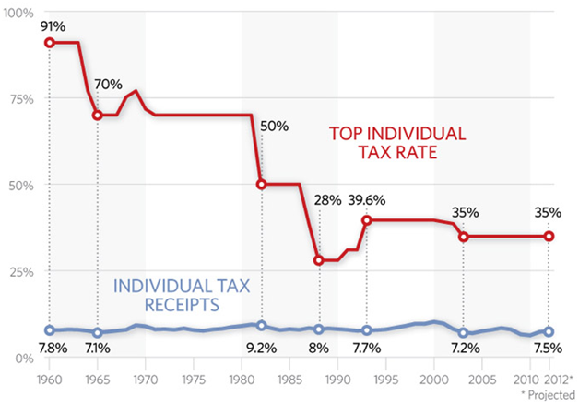 Now, I’m not cynical, but there’s no way that Obama and his advisors and all of Congress are ignorant of these facts.

So why raise taxes? Why make a big stink about this fiscal cliff?

It has everything to do with politics.

But it looks like taxes are going to go up – especially on investment income.

Remember when I said that people will change their behavior? That’s exactly what I’ve been working on with my boss, Ian Wyatt – a way to change your investments so that you can avoid upcoming tax hikes.

If that sounds hard to believe, then I encourage you to read the short report we’ve put together on this opportunity. It’s free to read, and it could save you a bundle come tax season.