The best way to invest in oil is to have a big, honkin’ pump jack in your back yard. But, if that’s not in the cards, you can lock into the shale oil boom – as well as “conventional oil” investments to grease the wheels of your investment portfolio.

Conventional oil includes the crude oil that most people think of when discussing oil stocks and investments. But there is also “unconventional oil” which refers to exploration and extraction of shale oil as well as extra heavy oil and gas that is converted into liquids, plus oil sands and byproducts from natural gas production.

A Move from Big Oil to New Oil

Of course, we all know that the Middle East controls the oil spigots as the world’s largest producer. As of 2012, one-third of f the world’s oil supply came from the region. The Organization of Petroleum Exporting Countries (OPEC) controls the flow, and as a result, the global price of oil.

Will that change in the future? There is a recent development that could alter the landscape of oil production.

Recently, the headliner in the oil family has been shale oil. The United States Geological Survey estimates that trillions of barrels of shale oil could be under our feet, waiting to be extracted through the much-debated “fracking” process. Make note: trillions of barrels. That’s an impressive number, considering the world’s biggest producer, Saudi Arabia, claims 265 billion barrels of crude oil reserves.

The Future of Oil Stocks 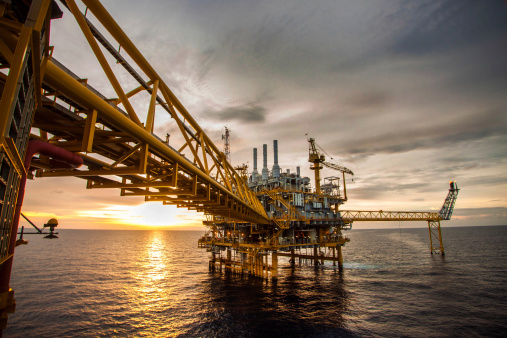 Price Waterhouse Cooper forecasts that global shale oil production could reach up to 14 million barrels of oil per day by 2035, accounting for almost 12% of the world’s total oil supply.

Sounds like good news for the energy independence efforts in the U.S. — but is it also good news for oil investors? That depends.  PwC’s research says that high volume shale oil production has the potential to broadly impact the global economy. Positively for some, negatively for others.

For example, lower oil prices could have a negative impact on investor portfolios, but provide a boon to consumers. Countries that are big oil importers, such as India and Japan might see a significant boost to their financial standing, with a lesser, but still positive effect felt by the U.S., China, Eurozone and UK economies.

And the ripple effect of lower oil prices could mean an enhancement to the bottom lines of businesses dependent on oil and oil-related products, such as auto manufacturers, transportation and heavy industry.

How to Invest in Oil

Demand for oil eased during the global financial crisis, but as world economies have begun to heal, production and demand for oil has been at record levels.

Investing in oil can mean tapping into the potential profits of producer, pipeline or exploration stocks, through commodity mutual funds or exchange-traded funds, the purchase of master limited partnerships, or through buying and selling futures on the commodity exchanges.

Or, of course, by drilling that oil well in your back yard.

As a quantitative trader who leans towards a contrarian approach, I use the beginning of each year to evaluate the most beaten-down sectors over the past year as I research the best trades ahead. So, as I rolled through the various sector and country ETFs, I stumbled on a few potential opportunities, which I plan … END_OF_DOCUMENT_TOKEN_TO_BE_REPLACED

Last year, Russian politicians made a huge threat . . . To BAN exports of this “Critical Mineral” to the United States. That’s why President Trump is likely to announce a major decision in April . . . and it could spark a huge move for these top three stocks. Go here now for my … END_OF_DOCUMENT_TOKEN_TO_BE_REPLACED