March Madness is upon us, and for the next four weeks America will again be captivated. An average of 10 million viewers tuned into each game during last year’s NCAA men’s basketball tournament, watching 67 games from mid-March through early April. 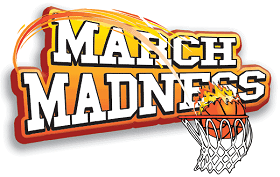 The allure for many viewers is the upsets. Every year brings a new batch of surprises, be it VCU advancing all the way from the "First Four" to the Final Four last year; George Mason toppling powerhouses Michigan State, North Carolina and Connecticut to reach the 2006 Final Four; and perhaps most famously, Butler advancing to the last two national championship games.

They are the Cinderellas of an event that has become known as the "Big Dance." As people scramble to fill out their brackets before the tournament begins in earnest tomorrow, everyone is crunching the numbers, trying to find the next George Mason or VCU – a team that is undervalued and primed to make a big move.

In that way, picking a Cinderella team in March Madness is a lot like trying to pick the right growth stock. It can be difficult to pinpoint an underappreciated stock that could blossom into the next big thing. Like picking Cinderella teams in March, picking Cinderella stocks can be akin to throwing darts at a board and hoping one of them hits the bulls-eye.

That said, there are a few stocks that truly stand out as having Cinderella potential. Amid the Madness that is the stock market, here are three stocks that are well positioned to go on a long run:

Three years ago, this gold mining company had a stock price of $3.80 and a market capitalization of $171 million. Now the company is worth seven times its March 2009 value and the stock is up more than 600%. How has Gold Resource Corp. done it? By increasing production via the opening of its El Aguila Project in Mexico in July 2010. Since then the company has increased its revenue seven fold – from $15 million in 2010 to $105 million in 2011 – and introduced a monthly dividend as of last August. Now, just this week Gold Resource announced that it will become the first company to take advantage of a new Gold Bullion International Physical Dividend Program that allows companies to pay dividends in the form of physical gold and silver.

Considering that Gold Resource already offers a very generous dividend yield (2.5%) for a gold stock, its appeal to shareholders should continue to grow along with its fast-expanding revenue. Though the stock is currently trading at 23 times earnings, it’s still undervalued given how quickly the both the company and the price of gold are growing. Gold Resource won’t be a Cinderella stock for long.

3-D technology is on the rise, and 3D Systems is taking advantage of it. But this tech stock doesn’t simply offer you a pair of 3-D glasses and a copy of the movie Avatar. DDD makes 3-dimensional replicas of real objects, including actual human body parts. One woman reportedly received a 3-D printed jawbone implant recently. 3D Systems’ recent purchase of Vidar, a medical optical imaging company, gives the company immense potential for growth in the healthcare sector.

The stock has also been growing. Shares of DDD are up 54% in 2012, spurred by the company’s acquisitions of Vidar and fellow 3-D printer Z Corporation. Profits have more than doubled in the last two years, with a 47% year-over-year increase in 2011. Sales were booming in 2011, as 3D Systems sold 250% more printers last year than it did in 2010.

And that was before the Vidar and Z Corp. acquisitions were completed. The deals weren’t finalized until January 3. Once 3D Systems starts to reap the benefits of those deals, its profits could go through the roof. Given the potential 3-D printing has as a cash cow – especially in the medical world – this small-cap stock could become big-time soon enough.

This one’s a little more of a gamble – like picking a 13 or 14 seed to pull off first-round upset. Biotech stocks are by nature a bit riskier. But what gives Sangamo a uniquely appealing upside is that the company thinks it may have found the cure for AIDS. The California-based biopharmaceutical company announced in January that it is beginning two clinical studies intended to develop a "functional cure" for HIV/AIDS. Since the announcement the stock has popped 55% in roughly six weeks.

Sangamo isn’t the first company to claim it has found the cure for some stubborn disease. The stock will only continue its meteoric rise if Sangamo actually has found an HIV cure. But it seems that few companies have come this close. Just last week, an investigator looking into Sangamo’s current study – a professor of medicine at UCLA – said that "the results suggest that (the drug) has a positive effect on immune health of HIV-infected patients."

Sangamo isn’t currently profitable. But that could change fast if the company has found a cure for AIDS.

In the meantime, its stock continues to rise.

All three of these stocks fit the Cinderella mold. They’re relatively unknown, have been growing rapidly of late, and have serious potential to grow even bigger. You may not know much about them now. But these growth stocks could be wise picks to help round out your bracket . er, portfolio.