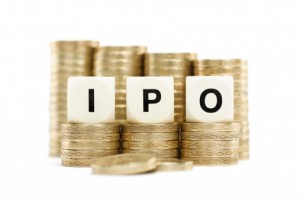 It has been a banner year for new stocks.

Through the first week of December, 210 IPOs have priced – the most since 2007, and a 64% increase from a year ago. With only four more pricings this month, 2013 would be the busiest year for initial public offerings since 2004.

The high number of 2013 IPOs is no surprise given the current stock market climate. The S&P 500 has returned 26.5% (and counting) to date in 2013. If that number holds, it would be the highest return for the benchmark U.S. index this century.

The warm trading waters prompted more companies than usual to go public on U.S. exchanges. The returns weren’t bad either.

The average first-day pop for U.S. IPOs in 2013 is 17%, highest in more than a decade. That’s a sign of the kind of risk appetite investors have these days.

Some new stocks have sustained strong returns well past their IPO dates. Biopharm IPOs in particular have thrived this year.

Insys Therapeutics (INSY), GW Pharmaceutical (GWPH), Aratana Therapeutics (PETX) have gained an average of 319% this year, making them the three best performing stocks to debut on U.S. exchanges in 2013.

ExOne (XONE) and Voxeljet (VJET) have been the next two strongest performers among 2013 IPOs. It’s no coincidence that they share the same sector: 3-D printing.

Voxeljet, a German company, has advanced an amazing 211% in just two months since going public on Oct. 11. ExOne’s returns have been nearly as impressive at 208%, though it went public way back in February.

Biopharm and tech stocks are notoriously speculative sectors, as capable of huge returns as they are completely tanking. In good times, those high-risk, high-reward stocks typically thrive – and that’s what’s happening this year.

Whether the good vibes carry over into the 2014 IPO season remains to be seen. What’s clear is this: as long as the returns in the broad market remain strong, the breakneck pace of U.S. IPO pricings should continue.

For now, the good times are rolling. And the IPO waters are warmer than they have been in almost a decade.